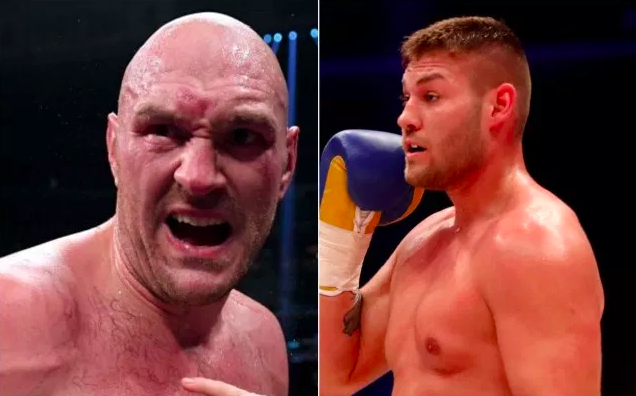 Tyson Fury’s 1st fight of his new TopRank/ESPN deal has been confirmed, against undefeated German contender Tom Schwarz. After difficultly between Tyson Fury and Deontay Wilder’s promoters settling on a rematch, both sides have decided to move on with different bouts for now. Earlier in the week we saw Wilder vs Breazeale confirmed, now Fury has his next fight scheduled with Schwarz for June 15 in Vegas.

So who is Tom Schwarz?

Tom Schwarz is an undefeated 24-year-old with a 24-0 record, including 16 KOs, impressive right? Let’s take a quick look at who’s on his resume, the most notable names are his wins over Senad Gasji and Samir Nebo, regardless of not having a high caliber profile, Schwarz is still at #2 in the WBO rankings.

ESPN Deportes claimed that this meeting between Fury and Schwarz is aimed at building Fury’s profile bugger, which we expect his next opponent to be a step up. It’s a bold claim, since Fury already fought Wilder in the US and defeated heavyweight legend Wladimir Klitschko in the past. Let’s see what the oddsmaker see in terms of boxing props for Fury vs Schwarz closer, in the meantime take advantage of this boxing betting welcome bonus before the big day.