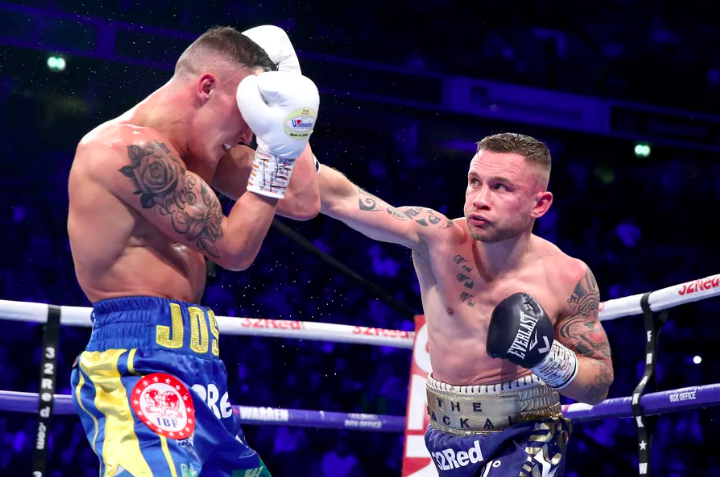 Carl Frampton returns to action on November 30th in against Luis Orlando Del Valle in Las Vegas. Frampton took the majority of 2019 off, after a IBF featherweight title loss to Josh Warrington in late 2018.

Unless you are betting huge amounts on Frampton, the return will not be much at 1/50. The best betting markets for this fight would be for Frampton to win by KO when the betting props are released by these sportsbooks closer to fight week.

As reported by Irishnews.com – It is understood that the Frampton-De Valle fight will be at a catch-weight 9st 2lbs (midway between the featherweight and super-featherweight limits) and that could be an indication that Frampton intends to step up to challenge for a super-feather world title next year.

It appears Frampton could be lining up a future fight against Jamel Herring. Herring (20-2), faces Lamont Roach next and has already eye’d up a potential match with the Irish boxer if all goes well.

“I like Carl. He’s a a two-division champion. I have nothing against him. I respect Carl because when he called me out he didn’t do it in a disrespectful manner. He didn’t try to put me down to build himself like I felt with the whole Berchelt situation. Where he called me boring and he tried to say that his numbers do better than mines,” Herring told BoxingScene.com.