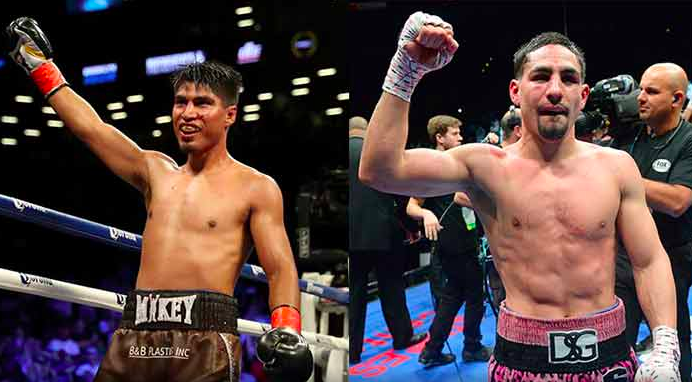 Danny Garcia and Mikey Garcia are set meet this August in a Welterweight clash. Mikey Garcia is keen to prove himself at Welterweight following his one sided defeat to Errol Spence in March, as both parties are in “advanced talks” at the moment.

While the fine details are yet to be confirmed, it’s believed that this will headline PBC on FOX PPV. It has the possibility of not just drawing the major boxing fans, but the casuals too with Danny Garcia representing the Puerto Rican / US based audience and Mikey for the Mexican fan base. Danny has faced the better opposition, with wins over Paulie Malignaggi, Amir Khan and Brandon Rios. He’s already no longer viewed a one of the elite level welterweights by boxing fans. Danny’s defeats to Thurman and Porter showed that.

If Mikey decides to go back down in weight to 140 after this fight he’ll have his hands full with these guys: Regis Prograis, Josh Taylor, Maurice Hooker, Kiryl Relikh, Jose Ramirez, Ivan Baranchyk, and Mario Barrios.

Stuck between a rock and hard place, Mikey is right to take the big cash fights for now and if Spence couldn’t KO Mikey, then Danny will find it even tougher. Danny Garcia is a more competitive welterweight clash than Mikey’s last clash against Spence, who is a large welterweight for the weight class. Mikey Garcia can look at Danny’s two losses and will fancy his skillset, this fight will be an interesting fight once it’s officially confirmed.