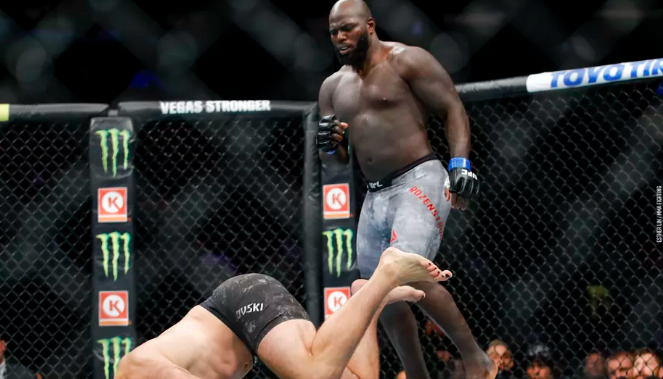 The UFC has a hot prospect in the heavyweight division in Jairzinho ‘Bigi Boi’ Rozenstruik, the former kickboxer has scored three KO victories in 2019 and will take on UFC veteran Alistair Overeem at UFC Washington on December 7 which will be aired as UFC on ESPN 7.

The betting odds for Rozenstruik vs Overeem are priced closely for this heavyweight bout. Bet $110 on Rozenstruik to win $100, Bet $120 on Overeem to win $100.

Rozenstruik (9-0), made his UFC debut in Feburary with a second round TKO win over Júnior Albini. Since then he has picked up two 1st-round finishes over Allen Crowder and most recently Andrei Arlovski at UFC 244.

Overeem (45-17- 1-NC), is currently on a two-win fight streak with both first-round KO’s. The former Strikeforce heavyweight champion has had his chin tested against the elite at heavyweight and it doesn’t look promising from here on out for the Dutch man.

Overeem will be Rozenstruik’s first real challange at heavyweight and Rozenstruik is yet to be tested inside the octagon. Still we can’t pick Overeem due to his recent KO losses, especially against a puncher like Rozenstruik. Our pick is to take Rozenstruik and once the betting props come out keep an eye on the odds for 1st or 2nd round KO.