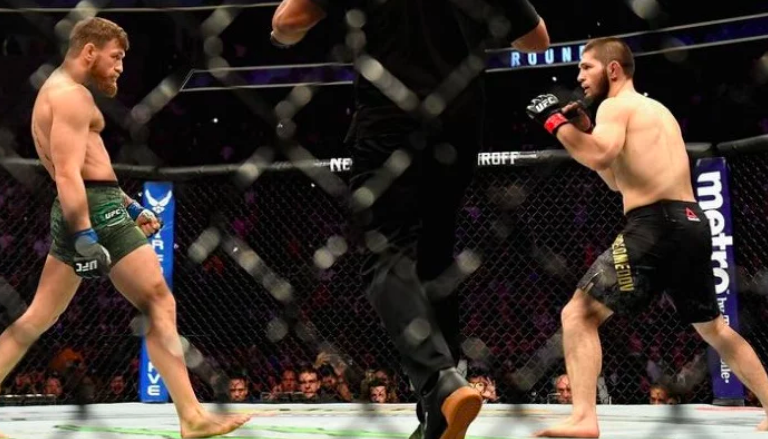 “The Notorious” Conor McGregor returned to the octagon at UFC 246. Picking up his first UFC win since 2016, with a 40 second KO of Donald “Cowboy” Cerrone in the main event.

A return to form for McGregor which could start another huge year of fights for him. Dana White confirmed that McGregor will face Khabib next, so we thought it would be appropriate to preview the opening McGregor Khabib 2 odds.

According to the latest odds from these NJ sportsbooks, Conor McGregor has a 25.9% winning probability of winning the rematch against Khabib. (Bet $100 to win $285 on McGregor). For Khabib bet $320 to win $100 on the dominant champion.

McGregor returned at UFC 246 with the demolishing of Donald “Cowboy” Cerrone. In the build up to this bout McGregor’s team SBG Ireland, noted that McGregor has never looked better. A return to 2016 and he we can’t argue he looked incredible for all 40 seconds on January 18th.

McGregor even admitted to drinking too much on the lead up to the Khabib fight, which was clear with certain insults crossing the line. Such negativity took over the sportsmanship with overwhelming emotion covering the fight.

Now that McGregor’s focus and motivation is back a bet on The Irishman defeating Khabib seems a much more realistic possibility.

Is Khabib The Most Dominant Champion in UFC History?

The lightweight champion Khabib Nurmagomedov remains undefeated (28-0) in MMA and has only lost one round in all this UFC fights. Khabib controls his opponents agaisnt the cage and on the ground, He has an average of 5.35 takedowns landed per 15 minutes and a takedown defense of 84%.

There is definitely an argument for how Khabib controls his opponents and dominates them. Definitely not the most dominant and hasn’t faced the competition as some former UFC champions have, but a dominant one none the less.

Odds on McGregors next opponent

Online sportsbooks suggest that Jorge Masvidal will be McGregor’s next opponent. Masvidal who holds the “BMF” tile was in attendance at UFC 246. Perhaps McGregor can challange Gamebred or Gaethje before the Khabib rematch? Outside of the MMA scene, McGregor has been connected with welterweight boxer Manny Pacquiao with odds listed here.

Leave a comment below on who you think Conor McGregor should face next?

Who is the betting favorite between Khabib Nurmagomedov and Conor McGregor?

Khabib is a sizebale -320 betting favorite over McGregor for the rematch.

Where can I bet on Khabib Nurmagomedov and Conor McGregor 2?

0 comments on “Opening UFC Odds for Khabib vs McGregor 2”