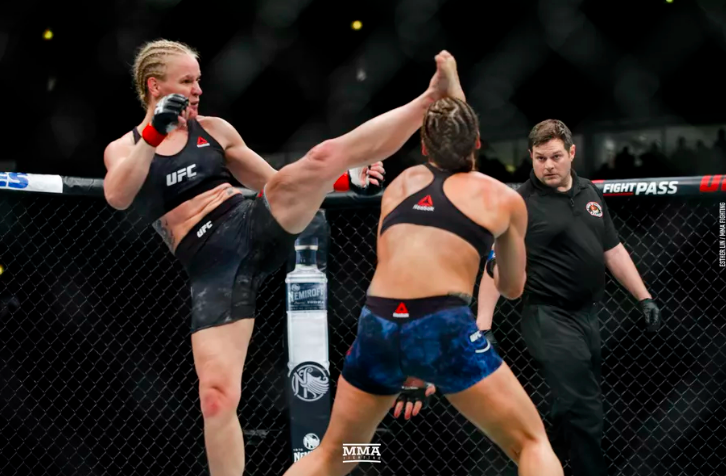 Valentina Shevchenko is set to make her second defense of her Flyweight title at UFC Fight Night Montevideo against former foe Liz Carmouche, this will be the main event for UFC Uruguay on August 10.

Shevchenko opens once again as a massive favorite, expect Carmouche’s odds to drift even further as early bettors lump money on “The Bullet”.

Carmouche (13-6), defeated Shevchenko back in 2010, handing Shevchenko her first MMA loss and only one other fighter has defeated the champion since then; Amanda Nunes twice.

This championship fight will be Carmouche’s second, as she came up short in the first-ever female fight inside the Octagon against Ronda Rousey back at UFC 157 in 2013. Carmouche is on a two-win fight streak, with back-to-back decision wins, prior to that she lost to Alexis Davis in 2017. She is a true veteran in women’s MMA, but none the less don’t expect this fight to go the distance.

As the UFC looks to expand operations globally, Shevchenko’s home nation of Kyrgyzstan has been mentioned for a future UFC event. “It would be so great!” Shevchenko said of a potential UFC card in Kyrgyzstan. “It would be like a dream fight over there because I know whole country will travel to the capital to watch this event, and everybody would be very excited, so I hope that in the future we will get this chance.”

Shevchenko (17-3), has looked unstoppable at this weight-class, she made easy work of Jessica Eye with a devastating head-kick knockout in her last outing. Shevchenko’s well-rounded attributes make her a tough match-up for anyone in the women’s division.

Even Paige VanZant agreed on Ariel Helwani’s MMA Show, calling Shevchenko “terrifying”, as Paige plans on taking the last fight on her contract at straweight.