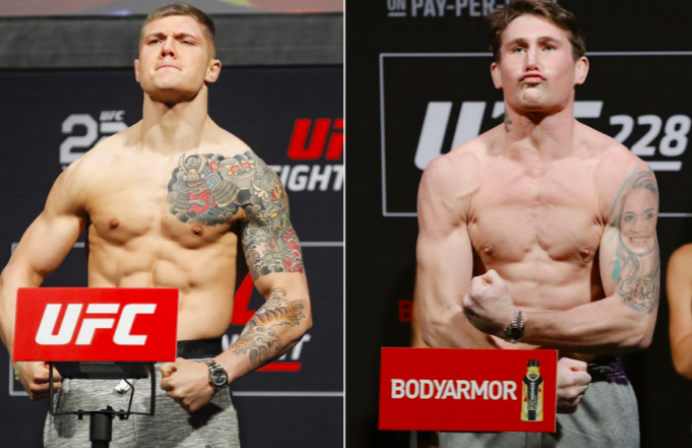 Darren Till returns to action against Marvin Vettori on April 10. This will be a massive fan-friendly fight with two elite UFC strikers. We review the opening odds for Till vs Vettori below.

Darren Till vs Marvin Vettori Odds

Oddsmakers are giving this fight a 50/50 win probability (removing the vig of course). That means you can put down $108 on Till or Vettori and win $100.

This fight is one of two major middleweight fights happening in April. The following week on April 17, Robert Whittaker will take on Paulo Costa, with the betting odds reviewed here, for that bout.

Is Vettori The A-Side?

Marvin Vettori is becoming the most underrated UFC fighter on the roster. The Italian stallion is on a four-fight win streak and has proven to be one of Israel Adesanya’s biggest threats during Stylebender’s title run. While Darren Till is the larger UFC star power, Vettori is the A-Side in terms of those who follow the sport closely.

Vettori was supposed to take on Kevin Holland at UFC 256, but he ended up taking a short notice fight against Jack Hermansson in early December instead. Although he hasn’t fought a huge amount of contenders at middleweight, Vettori seems to be on the right path for a title shot with a win over Liverpool’s Darren Till.

Meanwhile, Till is coming off a unanimous decision loss to Robert Whittaker in July. Till has only one win in his last four UFC fights, another loss wouldn’t be the end for the former title challenger. As there is plenty of fun fights out there, but there comes a point when a fighter stops being a serious title contender, that’s why Till vs Vettori will answer these questions.

Who do you think will win, Till or Vettori?

1 comment on “Sportsbooks Evenly Split on Till vs Vettori Odds”