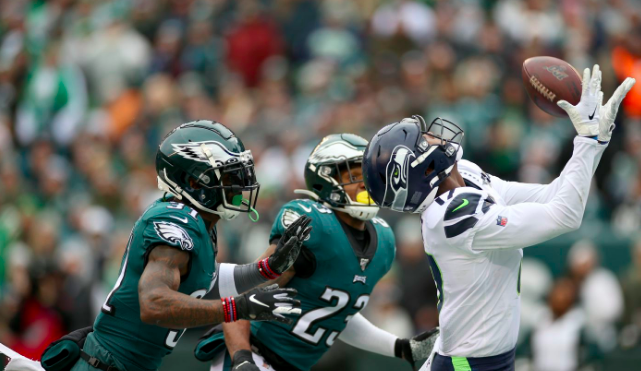 Updated NFL moneylines and spreads for Week 13 are now live and ready to wager on.

With the dust having settled on Week 12, those futures bets you booked back in August either look very promising, or you’ve tossed them. I’m primarily talking to all the Los Angeles Rams backers with that latter statement. Hey, could be worse, you could’ve fallen into the Mitchell Trubisky MVP trap.

For those of you who stayed put but are now itching to throw some action on a Super Bowl future play, thought, I’ve got you covered. There’s plenty of value rising and falling after a telling week, it’s just a matter of pinpointing it. Or, you know, relying on someone else to find the value you for you, which is kind of where I come in.

Today, I’ve got a pre-Thanksgiving status update for some of the most interesting Super Bowl plays and some bets you should stay away from. As an added bonus, I’m also giving you my favorite Hail Mary bet that could actually cash if the stars align for one of those Cinderella teams.

Let’s take a look at some updated Super Bowl odds, courtesy of these online betting sites.

That was an ugly, ugly win by the Seahawks in Philadelphia this weekend. Still, they escaped Lincoln Financial Field and kept the pressure on the San Francisco 49ers in the race for the NFC West. The two teams meet again in Seattle for a Week 17 game that’ll likely decide the division. Given the state of the NFC heading into Week 13, a win by either team could all but seal one of the top-two seeds in the conference.

That’s the scenario in which the Seahawks can become a legitimate threat to end up in Miami come February. For reference, San Francisco currently owns the top seed in the NFC at 10-1, with games at Baltimore, at New Orleans, and at Seattle remaining. The Seahawks, on the other hand, sit at 9-2 with three of their final five played at home. As for the two road games, they’ve got the Rams and Panthers and have already won all six of their games away from CenturyLink Field.

Given the schedules and the potential head-to-head record, there’s a very real chance that Seattle could not only leap San Francisco for the NFC West crown, but also clinch a first-round bye with a playoff game at home. It’ll likely be up to the Saints to drop a game, though, for the NFC to actually go through Seattle. That would be the best case scenario for Seahawks backers, as Pete Carroll’s teams are 6-0 in home playoff games since he took over in 2010.

The Philadelphia Eagles owned the fourth-best odds to win the Super Bowl entering the season. Times have drastically changed in the City of Brotherly Love. Injuries have derailed a campaign that was once expected to conclude with a deep playoff run. Now, the inconsistency of the Cowboys is the only thing leaving the door cracked for a return to the playoffs.

On the bright side, the defense has improved significantly over the last two weeks, namely the pass defense. Russell Wilson and Tom Brady combined to throw for one touchdown pass against them, and it came on a flea flicker. Getting some key offensive players back and the mediocre strength of schedule could help this team get hot. Maybe, they even clinch a miracle playoff berth for the second time in as many years.

As for a Super Bowl title, though, Nick Foles might’ve taken all of that magic with him when he left town.

The Minnesota Vikings continue to keep the Green Bay Packers in bargain territory. Let’s make a new rule; every time you see their price drop, from now until the playoffs start, you need to pounce. There’s much hesitation surrounding Green Bay. First-year head coach, inconsistent defense, whatever it may be, it seems people are reluctant to buy them as an actual contender.

Of the six teams currently slated to make the playoffs, though, the Packers have played the schedule, with opponents owning a .517 winning percentage. Behind them is the Seattle Seahawks at .500, while the San Francisco 49ers and New Orleans Saints have benefited from playing teams that own .430 and .467 combined winning percentages respectively. It doesn’t help that they were just dismantled by the 49ers run-first offense, but given the way Seattle is trending and the fact that the Packers are in prime position to finish 13-3 – remaining opponents are a combined 20-34-1 – Green Bay could still make a run at home-field seeding.

As was the case with Seattle, a playoff game – or two – at home could make all the difference in this team making a run. Since 2012, Green Bay is 3-1 at Lambeau Field in the playoffs. Should the Packers nab a top-two seed, their futures ticket could transform into a winning lottery ticket.