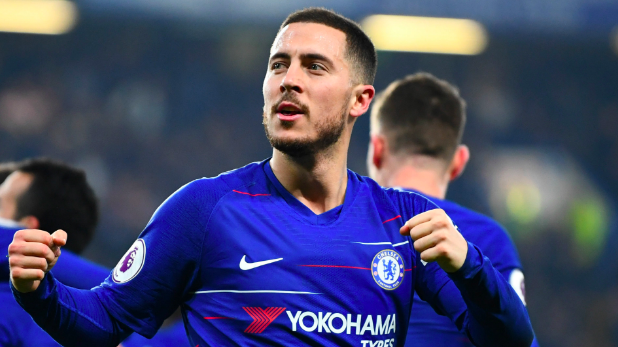 After Zinedine Zidanes’s return to Real Madrid, speculation has been mounting according to The Telegraph, that Los Blancos will make a bid for Chelsea star Eden Hazard.

Zidane’s first managerial stint at Real Madrid was a total success, winning everything there except the Copa del Rey, in his two and half year reign at the club. Eden Hazard has been connected with Real Madrid for a while now, The Belgian attacker is having a spectacular season, with 13 goals and 11 assists, a force to be reckoned with and just what Real Madrid need after Ronaldo’s departure last season.

Real Madrid’s La Liga odds are currently at (+5000) to win the title, trailing behind leaders Barcelona and Atletico Madrid in 3rd spot.

At this stage of the season Zidane will be focusing on rebuilding his squad for a return a highly anticipated return to form next season. According to reports Chelsea value the attacker at over €117 million due to having less than a year on his contract still. Either way Zidane must demand Real Madrid President, Florentino Perez to open his wallet and start signing some big guns if they want to compete among the best next season.