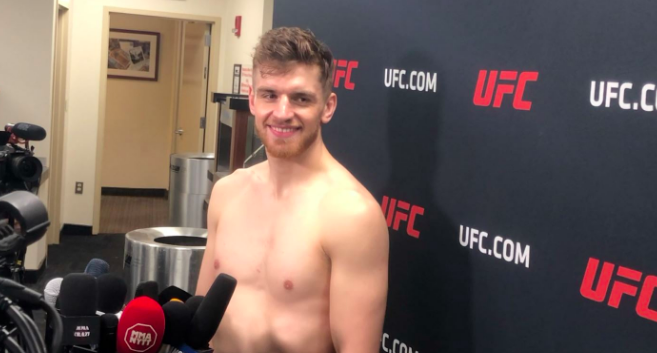 UFC 248 goes down March 7 headlined by Israel Adesanya and Yoel Romero for the middleweight title. Added to the card is another vital middleweight bout between Edmen Shahbazyan and Derek Brunson. We preview the latest UFC 248 odds below.

At Betting Insider Journal we have all your UFC betting needs with a list of safe betting sites that you can preview prior to betting on UFC 248.

Shahbazyan made his professional MMA debut in 2017, in a short timeframe he has maintaed undefeated with a record of 11-0. The majority of his UFC bouts have not went past the first round, with KO power and a rear-naked choke win over Jack Marshman at UFC 239.

Brunson is now ranked #8 with Shahbazyan at the #9 spot in the middleweight rankings. Therefore this fight makes sense and is the natural progression for Shahbazyan to start facing the upper echelon of the division.

If Shahbazyan is successful at UFC 248, expect him to get another two wins under his belt before being pushed towards a title shot. Middleweight still remains a shark tank and there are many more hurdles for 22 year old fight to overcome.

Derek Brunson had some huge UFC wins on his resume from Lorez Larkin to Uriah Hall and legend Lyoto Machida. After a disappointing 2018 where Brunson lost to Ronaldo Souza and Israel Adesanya, he managed to turn things around in 2019.

In a recent interview with MMAJunkie, Brunson said: “This fight (against Shahbazyan), it kind of reminds me of the Israel fight,” “You’ve got a young guy with a lot of hype, undefeated. But again, it reminds me of my last fight with Ian Heinisch. (He was) near undefeated – 13-1. He had one blemish, but a lot of hype behind him. I kind of feel the same way. It’s my job to go out here, do my thing, and rack up another one after this one. I think that’ll put me right here at a title shot.”

Changing his sprinting forward style to a more conservative approach worked with wins over Elias Theodorou and Ian Heinisch. We like Shahbazyan’s odds but with Brunson’s experience he can definitely cause an upset at UFC 248 by defeating Shahbazyan.