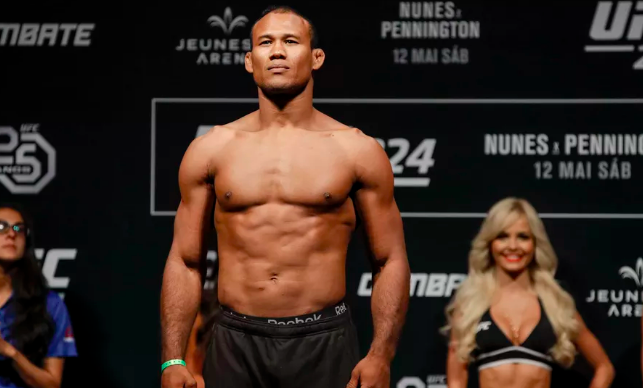 UFC 249 will be headlined by Khabib vs Ferguson for the lightweight title, with the latest odds covered here. In addition to the main event some exciting new bouts have been announced with Ronaldo Souza return from light heavyweight to middleweight to take on Uriah Hall.

If you are looking for a UFC betting site prior to UFC 249 be sure to check out our list of recommended sites here.

Uriah Hall (15-9) is currently on a two-fight winning streak, with wins over Bevon Lewis and Antônio Carlos Júnior. Prior to those two wins, Hall was KO’d by Paulo Costa at UFC 226.

Ronaldo Souza (26-8)(1-NC), is now 40 years old which is hard to believe. For his age the Alligator has still got the ability to knock out or submit his opponents. One major disadvantage of his age is how clear his speed has declined. Hall is a solid striker but has had a fairly inconsistent record throughout his MMA career.

Prediction: This fight is definitely a wild card – but we can see Hall upsetting the oddsmakers and picking up a win over the aging Souza.

“I was surprised to fight ‘Jacare,’ but it’s a great fight,” Hall told reporters, including MMA Junkie, on Thursday. “Again, it’s your classic striker vs. grappler. Apparently the UFC wants me to take out the grapplers. I got no problems with it, but we wanted some other people.

“I wanted Yoel (Romero), I wanted Darren Till, I wanted some big heads, but they were like, ‘Ah, let’s earn your way first.’ And I’m like, let’s play the card and they throw me ‘Jacare,’ and I got nothing bad to say about him. He’s a stud. He’s a great guy.”

In a recent interview with AG Fight, Ronaldo Souza had this to say.

“I think it’s going to be a pretty hard fight. It may be one of the hardest fights of my career. I’m coming off of some bad results, so I really need to win. He is a tough opponent. I have nothing but respect for him. I even follow him on social media. All signs indicate he will use his style, he will try to impose his will, but we will know what will happen when the time comes. I’m training for everything and I hope I can execute my gameplan and win.”