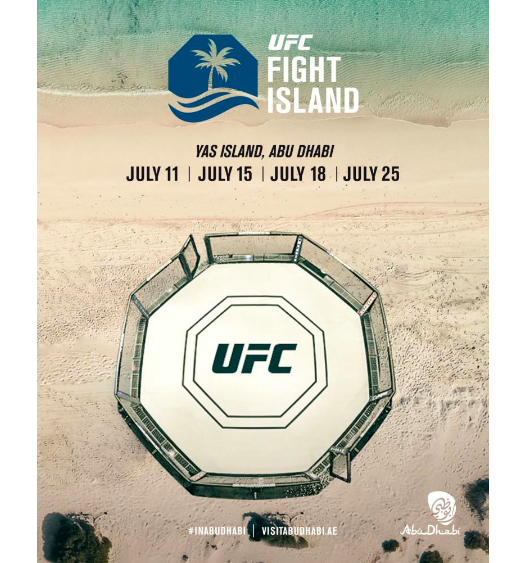 *Update – Gilbert Burns is out of UFC 251, Jorge Masvidal will now replace Burns and face Kamaru Usman. We got Usman vs Masvidal odds & predictions posted here.

Fight Island will go down July 11 on Yas Island, Abu Dahbi. The card is stacked with 3 title fights and an impressive undercard to accompany it. Let’s take a dive into the early UFC 251 odds with an early prediction on the favorites and underdogs on the card.

If you are searching for where to bet on UFC 251? Check out our list of betting sites right here.

The opening odds are pitting Gilbert Burns as the betting underdog as he challenges for the Welterweight title. You can bet $100 on Burns to defeat Usman to win $162.

In terms of implied probability Kamaru Usman has a 69% chance of keeping his belt. A $225 bet here would make you $100 in profit for the “Nigerian Nightmare”.

When it come to selecting the best bets at UFC 251, we’ve done all the hard work for you with this UFC 251 Odds & Props guide.

Gilbert Burns is on fire right now, with six straight wins and this being his third fight of 2020. Usman has one title defence but doesn’t have the style to put fighters away like Burns has been doing. We like Burn’s odds as an underdog, but with Usman’s wrestling this could be another grinding decision for the champ.

Usman and Burns have trained together and know each others style fairly well, which could make this bout extra engaging. We are taking the chance here on the underdog, Gibert Burns to become the new champion at UFC 251.

Max Holloway is the betting underdog in the rematch against Volkanovski. In order to reclaim his featherweight title, Hollowoy will have to prove the oddsmakers wrong. The Hawaiian has an implied probability of 36% at UFC 251 for defeating the champ.

Alex Volkanovski put on a dominant performance in their first encounter. With Alex landing 51% significant strikes compared to Holloway’s 44%. It seemed that Holloway didn’t have an answer for Volkanovski’s strikes or ways to hurt him. Expect Holloway to make some adjustments but it won’t be enough to get past Volkanovski.

This rematch could go similarly to the first bout, with Volkanovski landing more and winning on the judges score cards. But who knows what the champ has been working on with City Kickboxing, this could be over sooner than we know it.

Petr Yan is the on of the UFC’s hottest property right, he’s made light work of every opponent given to him. Yet he hasn’t fought the top level opponents in the bantamweight division yet.

Jose Aldo in this late stage of his career still represents a threat. This fight will come down to speed and boxing, with Aldo’s kicking out of the picture that removes a huge threat to Yan.

Aldo certainly has the experience which Yan lacks. Expect this fight to be a passing of the torch fight similar to when Holloway defeated Aldo twice in the featherweight division.