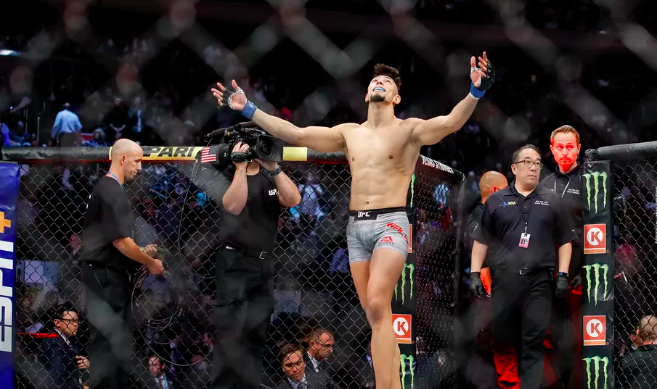 On March 14, Walker will be looking for redemption as he faces Nikita Krylov at UFC Brasilia, Brazil. Headlining the card will be Kevin Lee vs Charles Oliveira with odds covered here. We preview the early Walker Krylov odds with some analysis below.

According to the opening odds at Betting Insider Journal, Johnny Walker has a 61.9% winning probability against Nikita Krylov at Fight Night 170. You can bet $164 to win $100 on Walker, where as a $100 bet on Nikita Krylov could profit $120.

Nikita Krylov (25-7), last fought at UFC Vancouver in September 2019. Where he lost by split decision to Glover Teixeira. Krylov is definitely an underdog in the division, with submission wins over notable opponents such as OSP.

Johnny Walker (17-4), Johnny Walker star was rising immensely in the UFC up until his last KO loss to Corey Anderson. The former Brazilian dancer is now looking for a new training camp, after blaming the loss on his former coach Leonardo Gosling.

Prior to that loss Walker picked up 3 first round finishes inside the octagon. It’s clear that Walker has the KO power and explosive ability but the question remains around the Brazilians grappling and ground game. If these holes can be worked on by March 14, expect the whiskey named son of Brazil to come out on top again.

Prediction: If Krylov can make this fight dirty and control Walker he could upset the odds, but we see Walkers athletic ability being too much for Krylov.