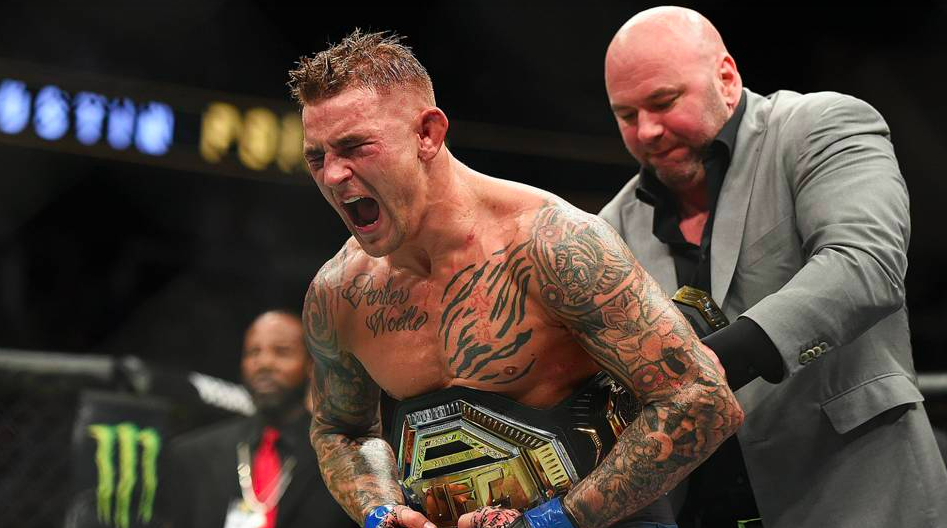 Dustin Poirier proved the oddsmakers wrong on Saturday night at UFC 236 by winning the interim lightweight title. The “Diamond” put the pressure on Max Holloway in the first round starching Holloway with precise powerful shots. The Hawaiian featherweight champion came back in the later rounds with his immense volume of strikes and relentless pace.

By the end of the final round both men knew they gave it there all in a classic UFC fight. Poirer’s hand was raised via unanimous decision, 49-46 across the judges scorecards. The move up in weight looked a little much for Holloway especially against a relativity larger lightweight, Holloway is now expected to defend his title again at featherweight.

After the win inside the octagon Dustin Poirier told Joe Rogan: “Words can’t describe this feeling.. I’ve got the belt. I’m going to take it home to my daughter and take her to the zoo on Monday. I’ve said it before, it’s cool to prove it in front of all these people but I had to prove it to myself. This means everything to me.”

Dana White confirmed after the fight that Poirier would be next in line for current lightweight champion in a title unification bout this September. “Yes, that’s the fight,” White said. “Poirier will fight Khabib next. Probably in September.” via MMAFighting.com.

On the feet it’s fair to say that Poirier would have the clear advantage over Khabib, but we all know that’s not Khabib’s game. SportsBetting.ag have odds for Betting Insider Journal readers.

Odds available for Khabib vs Poirier on MyBookie.ag

So where does Tony Ferguson fit into the picture here? Conor McGregor suggested that Poirier take on Diaz next, but realistically that’s not going to happen. One suggestion would be to stack a card with Khabib vs Poirier and Ferguson vs. McGregor on the co-main, this could be a risky move though with all the negativity that’s accumulated between McGregor and Khabib on social media these past few months, but this all sells fights in the UFC’s eyes!