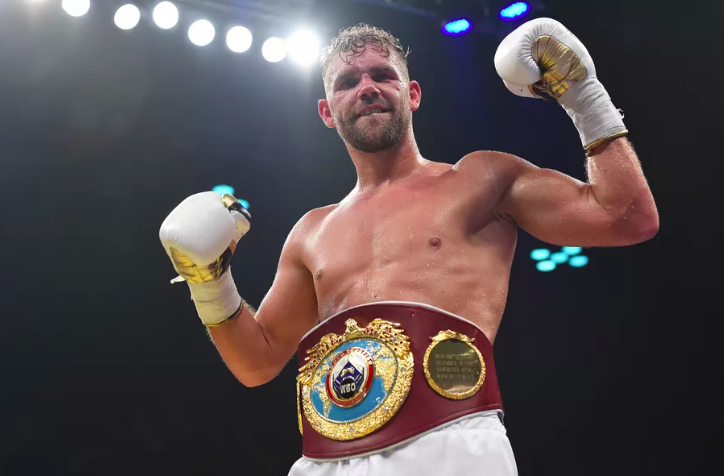 Billy Joe Saunders is set to make his return to the ring on May 18th, as he takes on German middleweight Shefat Isufi for the For WBO interim super-middleweight title, live on ESPN+ and BT Sport.

Saunders (27-0) recently left his trainer Dominic Ingle to go train with Ben Davison who is also happens to work with Tyson Fury. According to Saunders he is ‘rearing to go’ and is hoping to become more active than his lacklustre 2018, the opportunities for exciting match-ups for Saunders is endless. The undefeated middleweight has already set his sights on his next target – urging WBO super middleweight champion Gilberto Ramirez to face him or vacate his world title strap.

On the topic of other potential fights to make, Billy Joe Saunders vs Callum Smith would be the one to book once they’re both available. Smith (25-0) represents one of Britain’s best boxers at the moment, the win over George Groves cemented this last September. Smith’s next bout is on June 1st in New York, where he will be defending WBA (Super) and The Ring super-middleweight titles with an opponent TDB.

Isufi (27-3-2, 20 KOs), hasn’t lost since 2015 to Polish boxer Dariusz Sek, this will be Isufi’s first bout in Britain and the odds are highly against him. At this stage of his career Saunders has come under criticism for not taking bigger fights, however this may all change in 2019 as the likes of Glolovkin and Andrade were all in the mix at one stage last year.

The majority of oddsmakers here are giving Isufi only a 16% chance of beating Saunders. The only betting value here for Saunders at 1/100, would be to pick a number of rounds for method of victory.