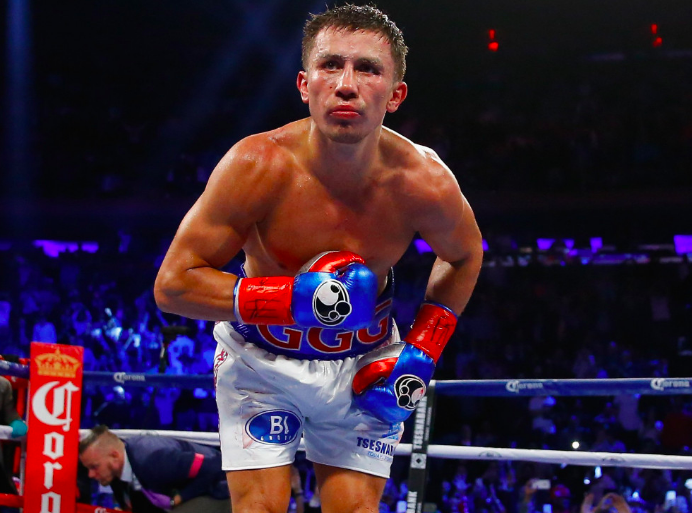 Gennady “GGG” Golovkin brings the drama show back to boxing on Saturday, June 8. At the “Mecca” of boxing, Madison Square Garden, as he will takes on undefeated Canadian boxer Steve Rolls.

Golovkin’s impressive resume includes 20 consecutive middleweight title defences and even though the two fights with Canelo Alvarez didn’t go his way, he still came out of those fights as a winner in many pundits and fans eyes. Sports streaming provider DAZN have made it their goal of signing the biggest boxers to their service, GGG Promotions now enters a six fight, three-year global partnership with DAZN.

This will be Golovkin’s DAZN debut, meanwhile on Cinco de Mayo weekend – Canelo will face Daniel Jacobs, this will be Canelo’s second DAZN fight. Ultimately setting up a blockbuster third match down the road between the two biggest middleweights in the world. If Canelo vs GGG 3 goes ahead, expect the odds to be finally be in Canelo Alvarez’s favour as a (-130) favorite.

Steve Rolls (19-0), with an amateur record of (83-14). Will now get his once in a lifetime opportunity to face a fighter the caliber of GGG, Rolls said “We’re working on bringing in the right sparring. That’s basically it. I’m always mentally strong, I’m always mentally preparing, as well. But there’s a few guys we’re looking at bringing in that I feel are really going to help us for Golovkin.”

Rolls who fought most of his career between 160 to 168 pounds, will fight GGG at a catch-weight of 164 pounds. Rolls has won 53% of his fights by KO and his last two fights were won by unanimous decision. As above GGG has also split from long time trainer Abel Sanchez, will this effect his next performance for better or worse? Freddie Roach is among many rumoured to be GGG’s next trainer.

Betting odds for GGG vs Rolls are available on SportsBetting.ag