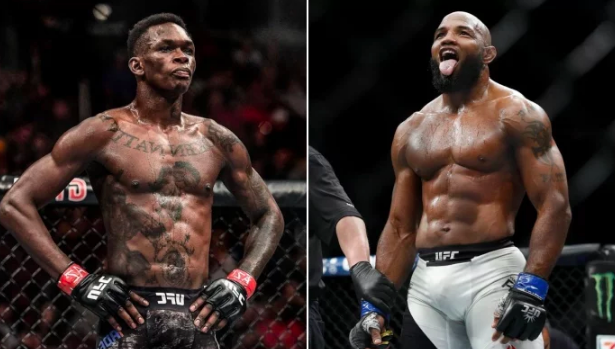 UFC 248 is expected to get another official fight announcement in the coming days. According to Israel Adesanya the fight with Yoel Romeo is a done deal. We preview the opening betting odds for Adesanya vs Romero below.

In the opening betting odds for this potential fight, Adesanya is the betting favorite. In terms of winning probability that’s 63.5%, bet $174 to make $100. According to the oddsmakers Romeo he has a 41.3% chance of beating Adesanya. Bet $100 on “The Solider of God” to win $142.

How do I bet on Adesanya vs Romero? Go check out list of UFC betting sites to select one that appeals to you.

Israel Adesanya won fighter of the year in many media outlets in 2019. Stylebender blasted the doors off the UFC with an incredible run from 2018 to winning the title by October 2019.

If he can get past Romero, we expect to see him face Paulo Costa and then possibly Darren Till by late 2020. It’s hard to pinpoint a more impressive first two run in the UFC for any fighter. Except for Anderson Silva, who won the middleweight title on second UFC fight and defended it multiple times.

Another legacy fight for Adesanya is the opportunity to fight Jon Jones. We believe Jones his trying to bait Adesanya early in the MMA career, with another year or two of growth this could be a huge super fight for 2021.

Yoel Romeo’s recent fight record isn’t an accurate picture of how well the Cuban has performed against the talent he faced. Two close wars with Robert Whittaker which clearly took something out of Whittaker, and we see that against Adesanya.

In terms of striking accuracy Romero is at 49% and Adesanya is 50%. Given Romeo’s wrestling background this should utilized his strengths and grapple and then explode. Romero is one of the most explosive and durable fighters in the UFC, so there is definitely betting value on the Solider of God as an underdog.