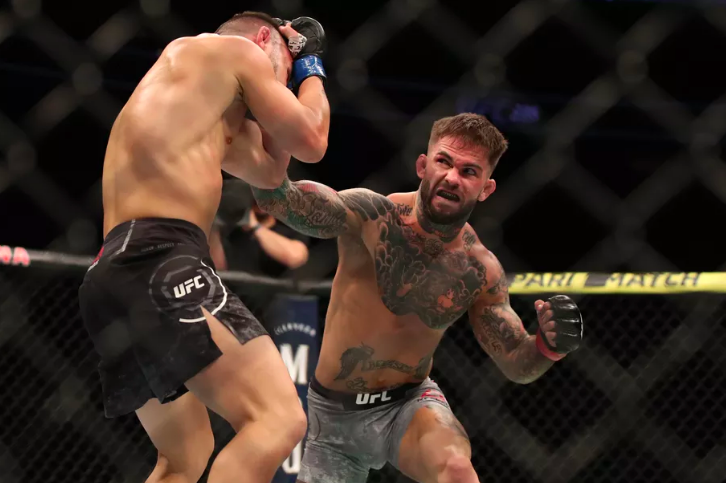 Cody Garbrandt will make his return to the octagon on March 28 as he faces Raphael Assuncao. The former bantamweight champion is on a three-loss fight streak but is favored to get back in the win column with a win over veteran Assuncao.

Looking for a UFC betting site to wager on all the upcoming events? At Betting Insider Journal we have a list of recommend sportsbooks. Take a browse and see which one works for you.

Henry Cejudo relinquished his flyweight belt and now remains the sole bantanweight champion. After TJ Dillashaw defeated Cody a second time at UFC 227, he attempted to move down a weight class and challanged for teh flyweight belt. He failed and then popped for a banned substance EPO, meaning he has to forfit the bantamweight belt.

The vancant belt was contested at UFC 238 where Marlon Moraes came up short against Henry Cejudo. Now we have a whole list of challengers lining up for a shot. Jose Aldo is expected to face Henry Cejudo next, with odds listed here. With the bantamweight goat Dominick Cruz expecting an imminent return sometime this year also.

Other potential bantamweight title challengers are Aljamain Sterling and Petr Yan. With veterans such as Frankie Edgar following Jose Aldo with a move down to bantamweight which should make for an exciting 2020!

Cody Garbrant has fallen on hard times these past two years. At the moment he is far from a title shot but with two impressive wins under his belt it could be in reach.

Cody needs to remove the emotion from his fight game. We seen improvements in last bout against Pedro Munoz, but ultimately he got drawn back into a brawl after an accidental headbutt and finished at the end of the first round.

Both fighters have the ability to knock each other out. Cody is still 28 years old and has lot’s to learn and adapt in the fight game. Raphael Assuncao is a dangerous opponent with vast experience but we give Cody has the edge here.