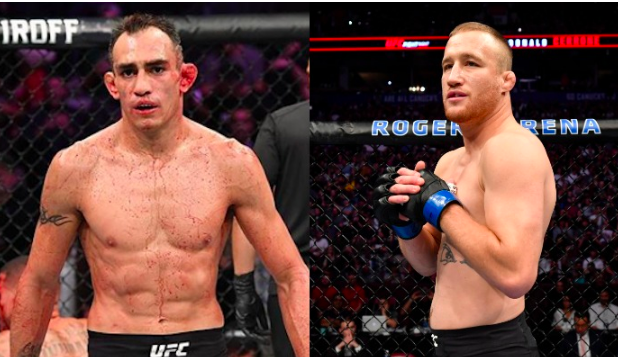 Live sports will return to our screens on April 18 as UFC 249 plans to host a huge event. If you are new to the sport and want to more we have you covered with this essential how to bet on MMA guide.

The majority of online betting sites reviewed here have released betting props for UFC 249, with various ways to bet on Ferguson vs. Gaethje.

Tony Ferguson has been been known as a slower starter. His past two fights have been stopped at the end of the 2nd round due to doctor stoppage. For Gaethje he’s picked up 1st round finishes in his last 3 bouts.

Both Ferguson and Gaethje are proficient finishers with Gaethje having the edge for KO power. To bet on Justin Gaethje to win KO, TKO or DQ you can wager $100 to win $225.

If Gaethje takes Ferguson down he could be in a whole world of trouble on the ground. The odds for Ferguson to win by submission are (+275), bet $100 to win $275.

Will The Fight Go The Distance?

Among all the UFC 249 prop bets Ferguson and Gaethje not to go the distance is the safest bet. You would just have to wager a larger amount to see a return.

Also joining the UFC 249 card are these fights with odds covered below.

0 comments on “The Best UFC 249 Betting Props for Ferguson vs. Gaethje”