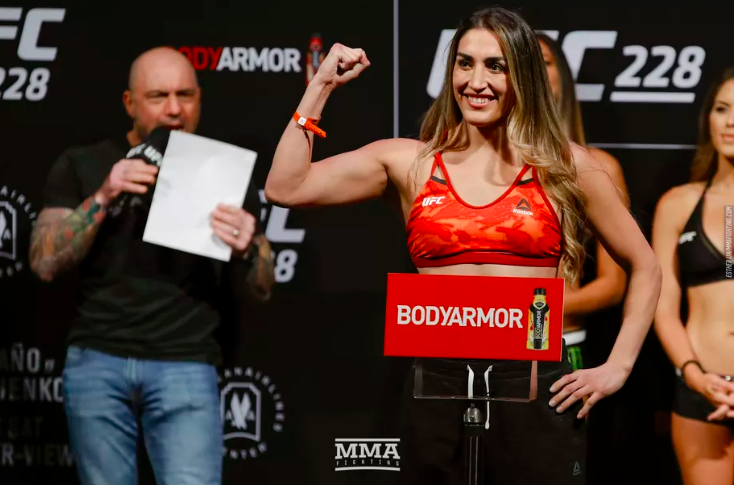 The battle of the strawweights will be contested at UFC 238, as two important fights were announced for the division. Future star Tatiana Suarez (7-0) will face off against Nina Ansaroff, meanwhile Katlyn Chookagian will take on Scottish Muay Thai specialist Joanne Calderwood.

Suarez has been touted as a future title contender ever since winning The Ultimate Fighter 23 in 2016. Since then she has been on a tear in the UFC, most recently defeating former strawweight champion Carla Esparza at UFC 228 last September.

On the other side we have Nina Ansaroff who has turned her MMA recored around and is now on a four win fight streak. Ansaroff has been an underdog in her last few bouts, so there may be betting value here against the former TUF winner.

These two fights will join the headliner between Valentina Shevchenko who defends flyweight title against Jessica Eye.