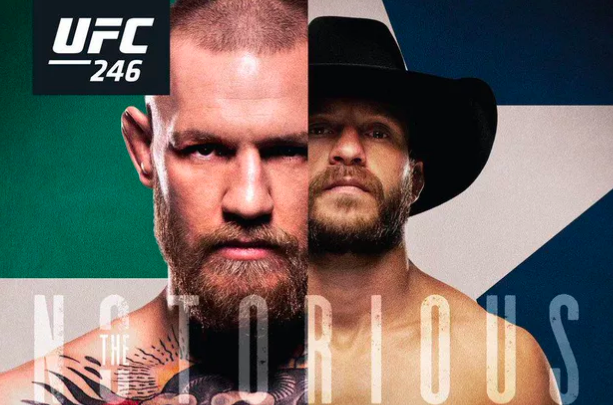 The anticipation is building with the return of Conor McGregor as he takes on gunslinging Donald “Cowboy” Cerrone. It’s now time to start looking at the early UFC 246 odds for this upcoming card.

McGregor remains the firm betting favourite, if you are looking to bet on McGregor vs Cerrone preview our recommended sportsbooks here. A $250 bet on McGregor here would payout $100. Meanwhile a $100 wager on Cerrone would net $175 in profit.

We see value in both competitors here, depending which side of the fan base you lye. A single bet on McGregor to win offers value, however the real value will be seen when betting props are released for UFC 246 closer to the fight in January. The clear pick would be Conor McGregor, he seems to be on the right track with real focus and a regimented training camp.

Owen Roddy on MMA Fighting’s Eurobash podcast. “I like the Cerrone fight, but he’s very talented,”

“It’s only when you start looking at all of his fights and the tools that he has — he’s got weapons, he’s got lots of weapons and he’s good everywhere, he’ll mix it up. Yeah, he’s a very talented fighter, but like everyone he has holes in his game. He has struggled a little bit with southpaws and there’s no better southpaw in the world than Conor. I think we can land shots on him and that’s what I’m most excited about.”

Among the Donald Cerrone’s McGregor has a huge list of challenges awaiting him at 170 or 155 pounds for 2020. That’s the advantage of taking this fight at 170, we have the BMF champion Jorge Masvidal which could potentially be a blockbuster fight. If that doesn’t transpire, then the Nate Diaz triology is always there to fall back on.

By the of 2020 McGregor wants a rematch against Khabib and in Moscow, Russia. This has the air of Rocky 3 all over it! Let’s see how he fairs against the record holding veteran Cowboy Cerrone first.

1 comment on “Latest UFC 246 Odds for McGregor vs Cowboy”