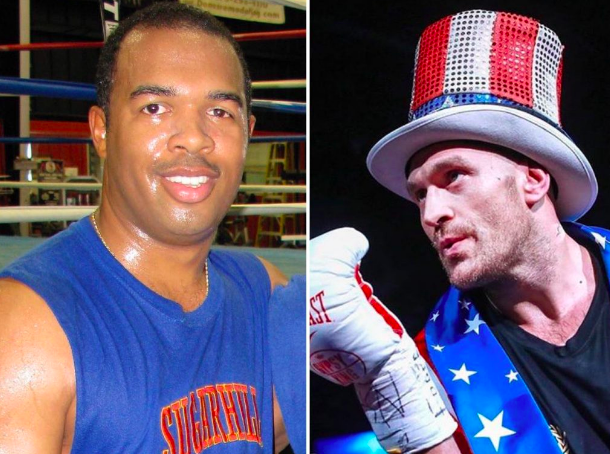 Tyson Fury’s split from trainer Ben Davidson was a result of intense scrutiny after Fury’s bloody win over Otto Wallin in September. Tyson’s father John Fury, a former boxer himself, complained that the latest camp was too focused on weight loss.

Davison’s replacement is Javan “SugarHill” Steward. He is a Detroit native that is an old connection of Tyson especially since his transition towards more American based fights. We take a look at how Hill will have an impact on Fury’s style and if there has been any movement in the betting line for Fury vs Wilder 2.

There has been little movement in the Fury Wilder betting line since Fury’s new the appointment of new trainer SugarHill. The odds for Fury is (+100), in terms of winning probability that’s 52.38% to be precise. For Wilder he is a slight underdog, with a 50% chance of defeating Fury in the rematch.

Who is Fury’s new trainer?

According to ringtv.com “Javan “SugarHill” Steward has been around mega events for most of his life, being that he was at the side of the legendary tutor Emanuel Steward as a young pup, and as he grew up. He watched, listened, soaked it up, and he still hears the voice of Manny in his head as he trains pugilists in Michigan.”

Andy Lee Links up with Fury

Fury has also inlisted the help of former Irish champion Andy Lee, overall we think the experience will outweigh what Davidson had to offer.

“I don’t know what my role will be,” Andy Lee explained to Off the Brawl. “I’m someone who knows him personally, maybe more than ‘Sugarhill’ knows him, and someone who can just be there, give my opinion and I also know a thing or two so I can work him a little bit.”

It’s not the first time Fury has switched trainers and it should help him evolve his game even more. A change of style rematch for the Wilder match would be incredible to see from Fury, but with SugarHill and Andy Lee on board expect fireworks in the rematch against Deontay Wilder.

0 comments on “How will Tyson Fury look under new trainer in Deontay Wilder rematch?”