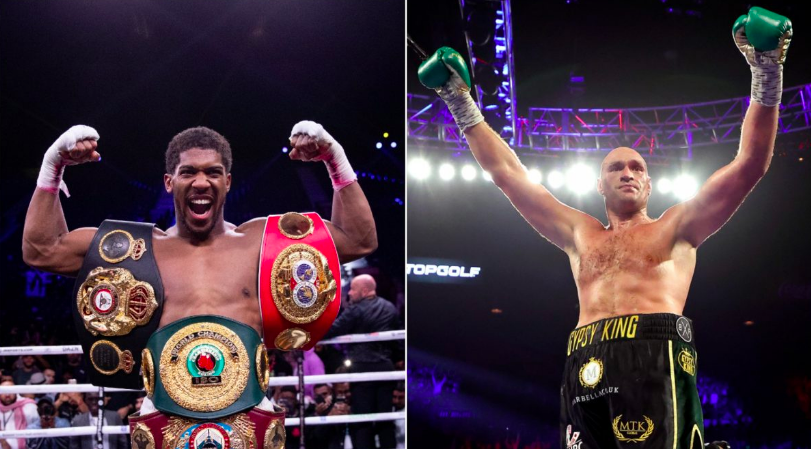 The two British heavyweights are now lined up for two massive fights with the first expected for Summer 2021. We preview the odds for Fury vs AJ below with some latest boxing news.

According to the oddsmakers the opening odds for Fury vs Joshua, give The Gypsy King the edge. At odds of 1/2 that gives Fury a 66% implied probability of defeating Anthony Joshua

Joshua holds the WBA, IBF, WBO and IBO belts, while Fury is the reigning WBC champion. It’s safe to say this will be one of the biggest fights in heavyweight boxing and a blockbuster deal to make.

News broke on June 9 from Sky Sports and Eddie Hearn.

“We’re making great progress,” Hearn said. “There is still a lot to overcome. We are looking at venues and dates. We have the Dillian Whyte mandatory which is due before this fight. It’s fair to say (Joshua and Fury) are in agreement regarding the financial terms of the fight.”

Of course contracts haven’t been officially signed yet. With a trilogy fight between Fury and Wilder still on the cards, and odds covered here. Then Dillian Whyte’s name has been thrown in the hat too.

Meanwhile, AJ was scheduled to fight Kubrat Pulev before the coronavirus pandemic put a hold on the fight.

“We’re pushing towards a place where they can be drafted, for 2021,” he said. “Both guys are in agreement. The structure of the deal has been put forward, and agreed to by both parties. … It’s the biggest fight ever in British boxing. It doesn’t get bigger, and there will never be a bigger fight in our generation.”