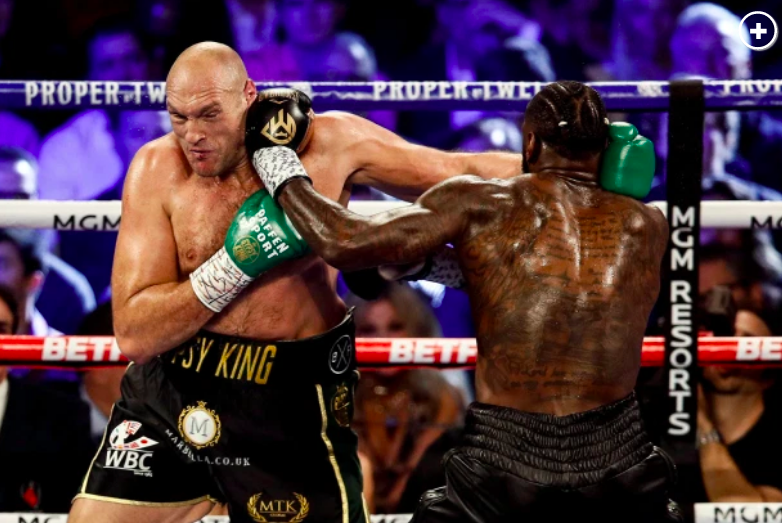 Tyson Fury put on a clinic against Deontay Wilder in their anticipated rematch on Feb 22 in Las Vegas. The rematch clause for a trilogy is expected to be accepted by Deontay Wilder who wants another shot at Fury. The odds for the 3rd Fury vs Wilder bout have been released and this time we have a decisive favorite.

Tyson Fury opens as a sizeable betting favorite over Deontay Wilder for the potential trilogy. Fury has a winning probability of 77% to defeat Wilder, bet $350 to win $100.

For Deontay Wilder as an underdog, you can bet $100 to win $250. This is in stark contrast to the closing odds for Fury vs Wilder 2, where The Gypsy King was the slight underdog.

After receiving his first loss, The Bronze Bomber has come out a ridiculous excuse. Wilder claimed his performance had been hindered by his heavy ring-walk outfit. Which featured a light-up suit of armour to represent Black History Month – which weighed 40 pounds and depleted his energy.

At this early stage we can’t see a trilogy playing out any better for Deontay Wilder. In our predictions for the rematch we noted that Fury’s camp change would bring positive results against Wilder.

Will Fury Face Joshua after Wilder?

For Tyson Fury it’s back to spending some quality time with his family and enjoying some down time. Then he can see his next on his hit-list.

While Wilder has triggered the trilogy clause. It may not be the best decision for him to take that chance just yet, considering the beat down he just received.

After the Wilder trilogy, Fury should take the Anthony Joshua bout which would unify the heavyweight division. Odds for Fury vs Joshua favored Fury even before the Wilder rematch. Boxing politics can play a huge roll as any fan will know, but for the love of the sport let Fury and Joshua face while they are in their prime.

Where will Fury vs Wilder 3 take place?

“Most likely you’d imagine it would be in a big place like New York, LA or Vegas, but it will definitely be in America. They’re obligated to be here.”

Although the contract states the rematch must happen before 18 July, Top Rank chief Bob Arum is hoping to push it back to maybe September or October.

“We would certainly pick the right date, even if it wasn’t in the window that we have in the contract,” he said, explaining he would talk to partner PBC to find the best possible date, with Las Vegas Raiders’ new 70,000 home a possible venue.”