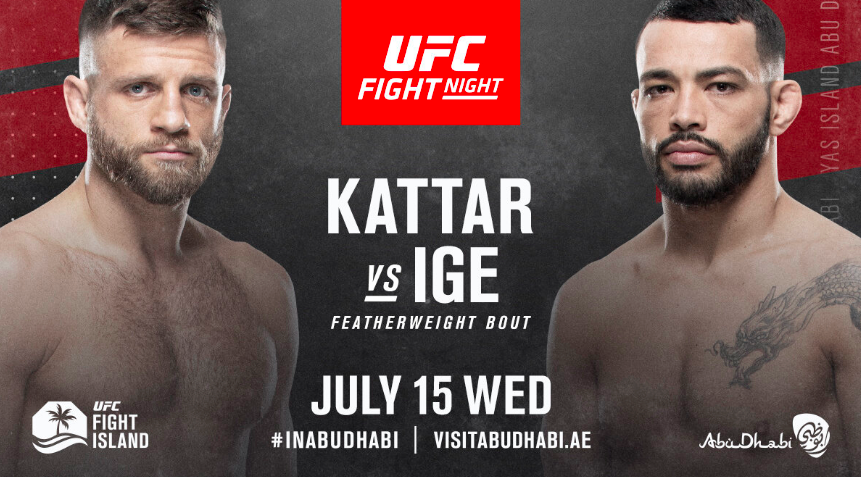 Dan Ige is coming off a fresh win over Edson Barboza in May, just landed the most important fight of career at UFC FIght Island against Calvin Kattar. We preview the opening UFC odds with some early analysis below.

The oddsmakers are giving Calvin Kattar lot’s of credibitty in these opening odds for UFC Fight Island. At (-275), that give’s Kattar a 73% chance of defeating Ige. Where a $275 bet could win you $100.

For Ige as an underdog it’s a familiar situation to his last bout against Barboza, with the odds stacked against him. You can bet $100 on Ige here to win $210.

Kattar is steadily rising up the UFC featherweight rankings. As he closes in on the top five, he has nothing but tough opponents ahead of him. With the likes of The Korean Zombie, Zabit and Ortega all in the mix.

For Dan Ige who has only 1 UFC loss a win would be huge to catapult up the rankings. Ige has been known to cause major upsets with wins over the once highly prospected Misrad Bektic and more recently former lightweight contender Edson Barboza.

Kattar Has The “it” Factor

With one of the best boxing games in the UFC, Kattar packs a serious punch behind his crisp boxing. Ever evolving and learning from past errors, it’s hard to deny the Boston Finisher could be a worthy title contender with an impressive win over Ige.

Kattar will have to remain focused and not let Ige drag the fight out into a split decision like how Ige’s last two fights ended. We see a patient Kattar coming out and using his boxing and timing to hold the edge over Ige.

The first event on Fight Island on July 11th will be UFC 251 with odds and predictions on that bout covered.