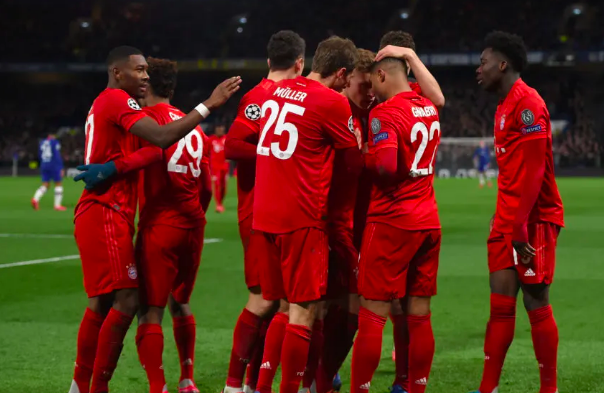 The UEFA Champions League will commence in August, to the delight of football fans all over the world. It will be contested as a single-game elimination tournament held in Lisbon, Portugal.

With second favorites in the odds Liverpool eliminated earlier this year, let’s see how the latest UCL winner odds are looking for the 2020 season.

The two favorite teams to lift the coveted Champions League trophy are Man City & Bayern Munich. At these current odds a $100 bet on either team you could win $300.

Man City will once again aim for gold in Europe after failing to reach the pinnacle of their potential under Pep Guardiola. They returned to Premier League action against Arsenal and impressed with a 3-0 win over The Gunners. City are always worthy contenders for the Premier League and Champions League, but could valuable assets like Leroy Sane leaving a sign of trouble in camp?

Bayern Munich on the other hand seems to of really found their form again. They recently moved level with Juventus to capture eight consecutive domestic league titles in the Bundesliga.

French Ligue 1 winners PSG are strongly in contention with odds of 9/2, a $100 bet $450. Paris Saint-Germain’s last competitive match came on March 11 at the Parc des Princes against Borussia Dortmund. With Neymar back in the picture PSG certainly are ones to watch in this UCL tournament.

Can The Spanish Giants Impress Once Again?

Next in line is Barcelona who are in a title race with Real Madrid. Barca have odds of 7/1, bet $100 to win $700 to be crowned this years champions. Speaking of Real Madrid they have been given real underdog odds of 33/1, that means a small wager of $100 could profit $333.

Some other key value bets as UCL underdogs are Atletico Madrid at 12/1 and Juventus at 16/1. Stay in the know with all the latest soccer news and odds here at Betting Insider Journal.