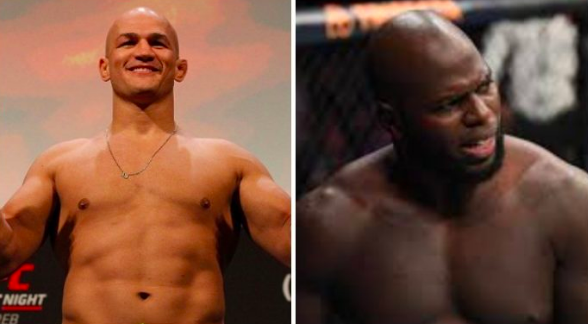 UFC 252 is shaping up to be another impressive card for fight fans, another heavyweight bout has been confirmed with #5 ranked dos Santos going up against #6 “Bigi Boi” Rozenstruik. We preview the latest JDS vs Rozenstruik odds below.

Our team are picking an underdog win for dos Santos vs Rozenstruik, among the rest of the odds and predictions for UFC 252.

Expect the betting line for this contest to really move within the coming weeks. There are question marks surrounding both fighters, especially Rozenstruik who just suffered a devastating KO loss to Francis Ngannou at UFC 249.

Battle of The Heavyweights at UFC 252

The top of the main card at UFC 252 will be headlined by Stipe Miocic vs Daniel Cormier, a trilogy to decide who is the greatest UFC heavyweight. We’ve already covered odds for Stipe vs DC 3 here, where Stipe remains the modest betting underdog.

The odd man out here is The Predator Francis Ngannou, who holds wins over dos Santos and Rozenstruik. Expect the winner of Miocic or Cormier to defend their title against Ngannou, unless either winner decides to retire on top of their game.

Jairzinho Rozenstruik took a big gamble fighting Francis Ngannou, but unfortunately it didn’t pay off. The Surinamese fighter has taken the positive from the loss and has “no regrets” more in the interview with MMAJunkie below.