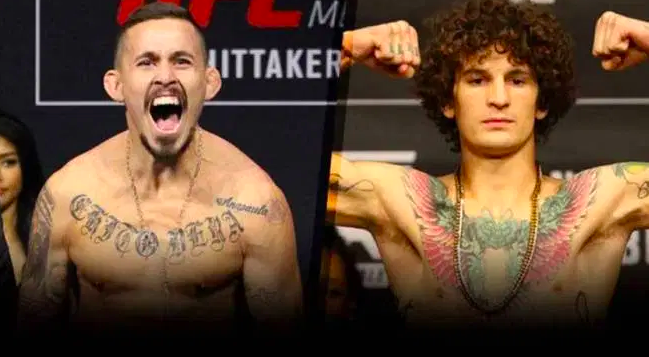 UFC 252 will take place on August 15th at The UFC’s Apex gym in Last Vegas. Headlined by Daniel Cormier vs Stipe Miocic with odds covered here.

The co-main as it stands will be two top bantamweights in #14 ranked Sean O’Malley taking on Marlon “Chito” Vera, which we will cover in even greater detail below.

Odds & picks for the remainder of the UFC 252 fight card are now live here.

The oddsmakers are now red hot on O’Malley. Since his comeback this year, he has picked up two first round finishes and his striking is looking razor sharp. However Marlon Vera is a different animal than Eddie Wineland or José Alberto Quiñónez.

O’Malley was connected with a future fight with Cody Garbrant, who’s just been announced to fight Deiveson Figueiredo. We have the opening odds for Garbrant vs Figueiredo covered here.

Vera went toe to toe with the other major up and coming star in the bantamweight division Song Yadong. Although Vera lost, his stock actually went up and Song Yadong’s kind of plateaued – for now, with time to improve for the 22 year old.

It’s clear that Vera will be O’Malley’s toughest opponent to date. After seeing what O’Malley is equiped with from his first two fights back, Vera will know what to expect.

When it comes to strike accuracy, Sean O’Malley lands 58% of the shots he throws. Vera has a 48% striking accuracy and lands around half the shots per minute at 3.70 compared to O’Malley’s 6.86. (All stats via UFCstats.com)

He also has a total of 1.18 takedowns on average per minute. Not known for his takedowns, this won’t be on O’Malley’s mind but preventing might be come the later rounds.

Vera is a BJJ black belt and has almost half of his fights by way of submission. Ideally this would be Vera’s path to victory if O’Malley slips up on the feet and gives up his back to Vera.

Marlon Vera has never been finished by strikes or submission in MMA. Which will give him the confidence going in against the new and improved striker O’Malley. Just like the Song Yadong bout he will try to make it scrappy, this won’t be enough and expect O’Malley to catch Vera and finish him early in the fight.