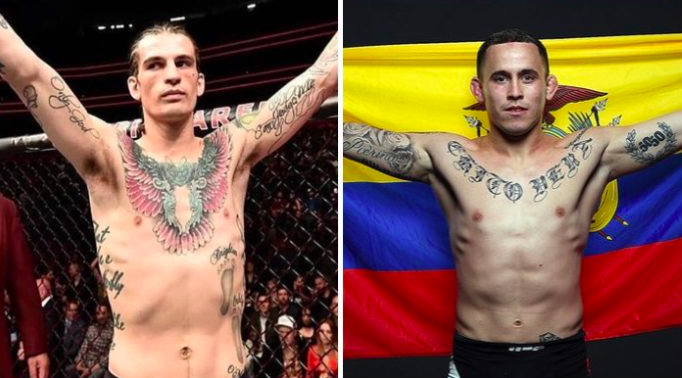 *Update – This bout has been rescheduled for UFC 252 with the latest Sean O’Malley vs Marlon Vera odds here.

On Thursday ESPN reported that “Sugar” Sean O’Malley would return to the Octagon against Marlon Vera at UFC 239 in July. O’Malley and Vera will join a blockbuster card that includes Jones vs. Santos, Nunes vs. Holm and Ngannou vs. dos Santos to name a few.

O’Malley (10-0), has not fought in just over a year, since a tough decision win over Andre Soukhamthath at UFC 222 in March 2018. Since then he received a violation from USADA which resulted in a 6-month suspension for trace amounts of a banned substance.

O’Malley has looked impressive so far, he brings a fan friendly fight style which has resulted him landing 6.80 landed strikes per minute, while absorbing 4.63 which is not a good sign when you get matched up with top-ten competitors.

Vera (13-5-1), will be O’Malleys most experienced fighter to date. On a 3-win fight streak all by finish, which includes a rear-naked choke over Guido Cannetti and first-round TKO win over Frankie Saenz in March. Even though O’Malley has been hailed as the UFC’s next big star in the lower weight classes, he has yet been tested on the grand scheme of things. However a year can change and improve a fighter, Vera might struggle with O’Malley’s unorthodox style.

O’Malley opens as (+203) underdog, which is generous odds for an undefeated fighter with lots of hype but there are certain factors that have be taken into consideration. This means if you wager $100 on O’Malley to win and he succeeds, it could payout $303. Since Vera has finished his last three opponents, the sensible bet would be to pick Vera by TKO/SUB.