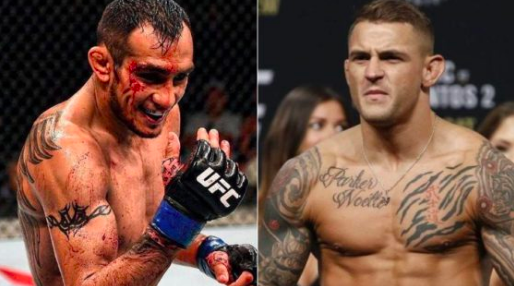 October 24, save the date for one of the best UFC cards on paper. Although the fine details have yet to be determined, UFC 254 is slowly becoming a unmissable PPV card. We preview one of the most exciting fights on card below, with UFC 254 odds on Ferguson vs Poirier just released.

At these latest odds you can bet $120 on Ferguson to win $100, with an implied probability of 54.5% of defeating Dustin Poirier. For the underdog Poirier, he has better value where you can bet $100 to win $105.

UFC president Dana White told the media last week that Tony Ferguson will “probably” be booked to face Dustin Poirier in a co-main event slot on that same UFC 254 card.

In the main fight, Khabib is highly favored to defeat Justin Gaethje as covered here. Regardless of the odds we can expect Gaethje to give Khabib some trouble with his crisp boxing and wrestling ability.

What makes UFC 254 so special is that all four of the competitors in this proposed lightweight doubleheader, are also currently ranked within or just outside of the top 10 pound-for-pound. An incredible achievement during these unprecedented times and hats off to yet another fantastic matchmaking and timing for this card.

Where does Conor McGregor stand in all of this? Currently the former ‘Champ Champ’ is training for a Princess Charlene of Monaco, for ‘an endurance race’ involving a 180km water cycle draws nearer.

The pair are teaming up for a voyage from Corsica to Monaco which will be done on water bikes on September 12th for charitable causes.

Once the dust settles, McGregor is expected to get back into fight camp for once final battle with his old foe Khabib Nurmagomedov.

In a recent interview reported by GiveMeSport.com; Khabib’s trainer Javier Mendez, in regard to the rematch, “Let’s put it this way: If that makes the most money out of anybody, then that means it’s the most interesting fight people want to see. Correct?

If Tony Ferguson is successful against Dustin Poirier, hopefully he him and Khabib can finally square off. With the winner facing Conor McGregor.. expect fireworks either way!