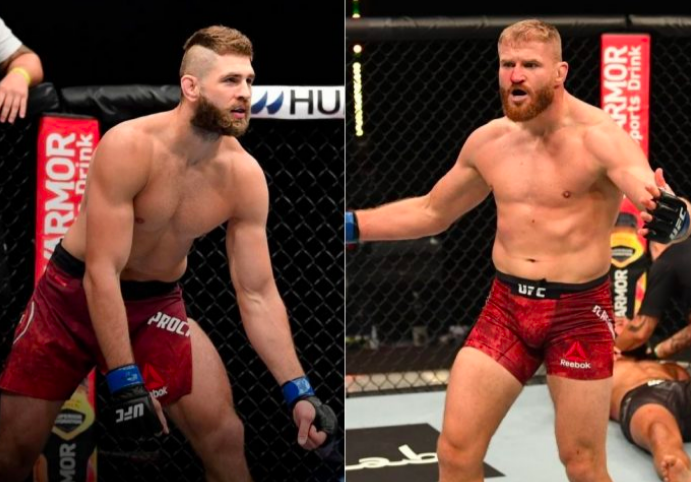 Jiri Prochazka defeated Dominic Reyes in dominant fashion at UFC Vegas 25 to jump three spots in light heavyweight rankings. Prochazka now sits behind Glover Teixeira, who is next in line for a shot at the title. As the division heats up we review the opening Blachowicz vs Prochazka odds.

Jan Blachowicz opened as the slight underdog against Jiri Prochazka, at +100 you can bet $100 to net $100. These two European powerhouses are destined to meet, even if Jan loses the title I can see Jiri challenging him on his title run. Jiri has been compared to the light heavyweight version of Tony Ferguson, he is a true martial artist and an unpredictable one at that. The current odds for “Denisa” is -120, meaning he has an implied win probability of 54.55%.

Since this opening betting line is basically a pick’em, expect the odds to shift dramatically after Jan and Jiri’s next performances. The hype is real behind Jiri which could make him one of the biggest favorites to challenge for a UFC title in recent history.

Check out the latest sportsbook promos and bonus codes via our list of recommended sites to bet with here.

Jiri isn’t your typical UFC star that calls out fighters, like many others that mimic Conor McGregor. Instead, he comes across as a quirky martial artist with a humble attitude. Then once the Octagon door is closed he feeds off his opponent’s energy and matches that x10 with real-time skill and aggression.

His violent style echo’s former UFC stars such as Wanderlei Silva and Chuck Liddell, with a sprinkle of “El Cucuy” for flavor. Obviously, this style has its pitfalls and isn’t exactly the most sustainable at the upper levels of MMA, but Jiri has a well-rounded game and knows what he needs to bring for each opponent’s style. We saw flashes of this from Johnny Walker during his 2018-19 rise, but ultimately Walker had some holes in his game that needed to be worked on.

Jiri has put in the hard work over the years in Rizin and holds an important win over Bellator light heavyweight champ Vadim Nemkov. Next up for the Czech Muay Thai specialist, he might have to take a fight against Ratic or Santos. Then he will face the winner of Jan vs Glover.

For all the latest UFC odds, news and more – check out our MMA section.