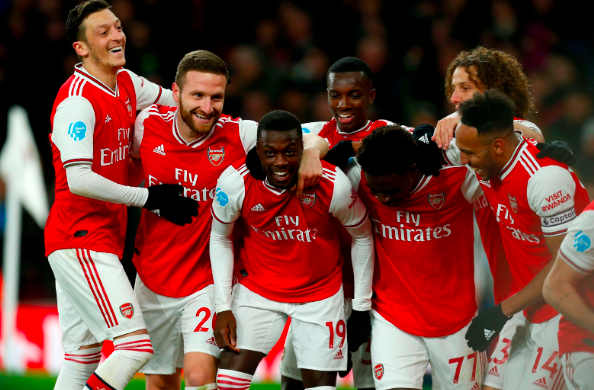 The Premier League will commence on Wednesday, June 17, with two games kicking off the remainder of the season.

With a location yet to be decided for games, oddsmakers have released early EPL betting odds for the first two games of the Premier League project restart.

The Premier League odds are highly favoring Man City to defeat Arsenal. At these odds you can bet $270 on Man City to win $100. Meanwhile, Arsenal are huge underdogs in this “away” fixture, bet $100 to win $700.

Looking for an offshore sportsbook for all your Premier League betting? We have you covered here.

Aston Villa are currently battling to stay in the Premier League and avoid relegation. At odds of 9/4, the oddsmakers are giving them a roughly 30% of picking up a win over Sheffield Utd.

What to Expect from Project Restart

Premier League teams have been given to go ahead to begin some friendlies prior to the official restart on June 17.

According to ESPN “Venues must not be more than 90 minutes away and players will need to travel in their own cars and arrive in full kit.”

“Matches will be refereed by members of the clubs’ coaching staff and players involved need to have returned a negative test for COVID-19, the reports said.”

Other significant impacts from the virus and long layoff are players form, home advantage and many more. As discussed in this article from Forbes study on the return of Bundesliga.