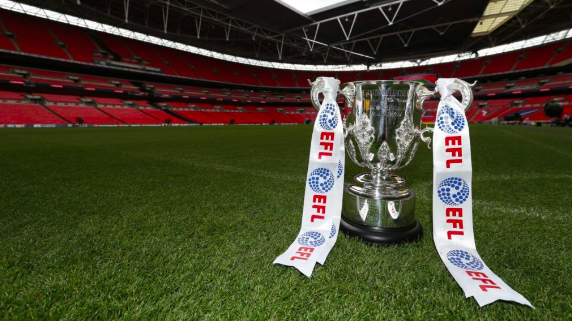 It might not carry the glamour of a win in the FA Cup, or a verdict in the season-long pursuit of the Premier League title. And certainly, it pales in comparison to a triumph in the UEFA Champions League.

Still, don’t try and tell any side which has emerged victorious in the English Footall League Cup that it wasn’t a valuable prize worth every bit of sweat spent to win it.

There are eight sides still in the hunt for the Cup and the quarter-final matches feature some of the most fancied clubs in the sport.

Let’s look at the current odds to win the League Cup being offered at the best betting sites and assess the chances of each side. Quarter-final matches will be contested the week of Dec. 21.

The League Cup winner in each of the past three years, Manchester City will look to join Liverpool on two fronts within the competition’s record book this season. Only Liverpool (eight) has won more League Cup titles than the Sky Blues (seven). And only the Reds (1981-84) have ever won the competition four years running.

Phil Foden set up one goal and netted the other as Manchester City got past Bournemouth 2-1 in the third round. City were easy 3-0 winners over Burnley in the fourth round.

They’ll be featured in the highlight quarter-final match as they travel to the Emirates Stadium to tangle with EPL rivals Arsenal.

Spurs own four League Cup wins, the most recent earned in 2008. Tottenham has also lost four times in the Cup final, including 2009 and 2015.

Following an easy 3-0 decision over Leyton Orient in the third round, Spurs downed EPL London rivals Chelsea 5-4 on penalties in a marquee fourth-round match.

They’re the only club left in contention that’s won the League Cup since 1994 and isn’t from Manchester. They’ll be heavily-favored to get past Championship side Stoke in the quarter-finals.

It’s been a rough go so far for the Red Devils in the EPL, 16th in the table and off to a disappointing 0-2-1 start. But Manchester United has rolled through the competition in the League Cup. United posted successive 3-0 victories over Championship side Luton town and EPL opponents Bright & Hove Albion.

Manchester United has captured five League Cup titles, including victories in 2006, 2009, 2010 and 2016. They get a difficult quarter-final task, away to EPL leaders Everton.

The Gunners most recently won the League Cup in 1993. They’ve lost three times in the final since then and own a League Cup final-record six defeats.

On top of the EPL table, these are enticing odds to grab on the side that can currently say it is No. 1 in English football. If Eventon’s form holds, they’ll be fancied to get past Manchester United at home in the quarter-finals.

Thus far, the Merseysiders thrashed League One Fleetwood Town (5-2) and EPL side West Ham United (4-1) to get to the final eight. Everton has never won the League Cup, losing in the 1977 and 1984 finals.

The draw has favored Newcastle. They’ve faced a pair of League Two sides. However, after hammering Morecambe 7-0, Newcastle needed to go to penalties to get past Welsh side Newport County.

Through four rounds, Brentford has conceded one goal and eliminated EPL sides Southampton and Fulham. They’ll get another Premier League club when they are home to Newcastle in the quarter-finals.

No side from outside the top flight has won the League Cup final since Sheffield Wednesday beat Manchester United in 1991. This is Brentford’s first time in the quarter-finals.

Championship side Stoke ousted last year’s League Cup finalists Aston Villa through a 1-0 away win in the fourth round. They’ll be home to Tottenham in the quarter-finals.