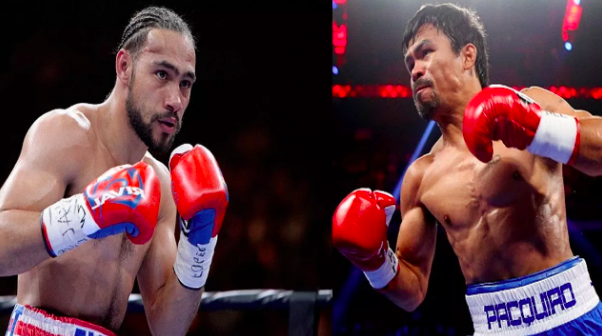 In less than a month Manny Pacquiao will take on Keith Thurman. In our opening odds article in April, Pacquiao opened as generous underdog but much has changed since then, let’s take a look.

The latest odds for Pacquiao vs Thurman are much closer than when they opened. Pacquiao remains the slight underdog at (-106) on the majority of sportsbooks we analysed such as BetOnline.ag and Betway.com

Although the chances of a draw occurring are rare in boxing, since the betting line is so tight now – a 18/1 chance of a draw could be worth a small wager. These odds are subject to change on a daily basis depending on where the public money goes.

Another recent update to take into consideration is that the NSAC will be in-charge of drug testing, instead of VADA who are usually overseeing this. This has left many fans and pundits, wondering why?

According to Patrick L. Stumberg at BadLeftHook.com “I trust NSAC about as far as I can throw executive director Bob Bennett, which is at least a couple yards if I get a good grip and he doesn’t wriggle too much. It’s not that I think Pacquiao or Thurman are juicing; I just don’t believe NSAC would administer the testing in the most efficient way possible or handle a positive outcome in an objective fashion.”

Keith Thurman doesn’t seem phased by this and is so confident in his ability that he has reportedly bet $10k that he’ll knock Manny Pacquiao out in the 1st or 2nd round. “I’m younger. I’m gonna let my hands go in a way that Adrian Broner didn’t.. I’m gonna make it a fight!”

“This is the time I want to prove not all 40 year olds are over, their careers finished. Exercise is my favourite, beside boxing I always exercise, I play basketball four hours a day. I keep in shape all the time.”

Can Manny Pacquiao prove that 40 is the new 30 and defeat Thurman? We will find out July 20th as Welterweight Supremacy will be decided at the MGM Grand Garden Arena in Las Vegas, Nevada.