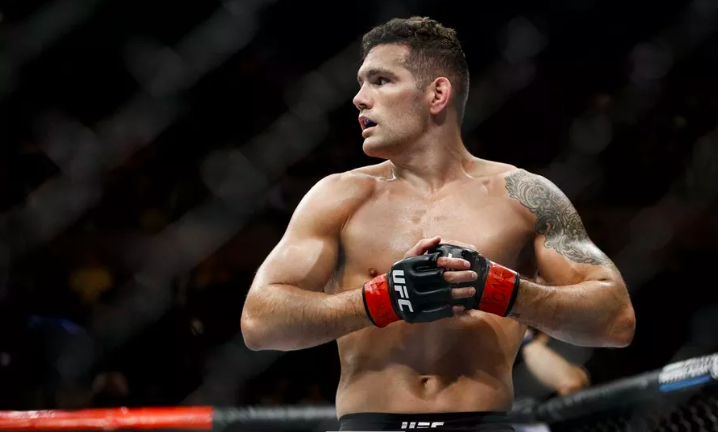 The opening odds according to online sportsbook Bovada for UFC Boston favour Dominick Reyes. Meanwhile, Chris Weidman opens an underdog for his first bout at 205 pounds against the undefeated (11-0), Reyes.

Weidman (14-4), held the middleweight title between 2013 to 2015, beating legends such as Anderson Silva (twice) and Vitor Belfort along the way. It was when Weidman came up against Luke Rockhold at UFC 194, that he met a fork in the road of his MMA career, a TKO loss to Rockhold that resulted in him losing the title and two more consecutive losses in a row after that.

In 2017 Weidman managed to get back in the win column with an impressive triangle submission win over Kevin Gastelum. Finally in 2018 Weidman was winning, in what many had a war against Ronaldo Souza -until he got knocked out less than a minute before the final bell.

At 205 pounds how will Weidman look? This is something former foe Luke Rockhold attempted recently and got shot-down by a devastating knockout. The grass isn’t always greener on the other side, nor does cutting less weight work always give you an advantage.

Dominick Reyes is a tough customer and a dangerous striker for Weidman to face in his first bout at light heavyweight. However, after receiving a controversial split-decision win against Volkan Oezdemir, maybe Weidman sees the chink in Reye’s armour and can capitalize – thus relaunching another title run in a different weight class.

0 comments on “One More Shot at Redemption: Chris Weidman Takes on Dominick Reyes at Light heavyweight”