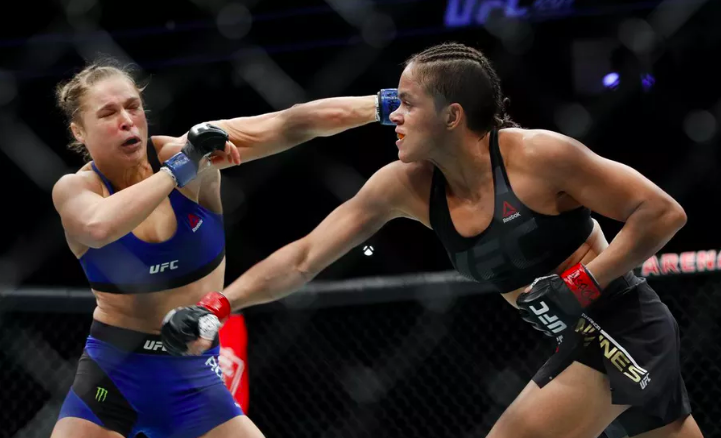 Earlier today we expected news that Jon Jones would face Stipe Miocic next at UFC 239, that didn’t transpire yet. For now we get another title defence at lightweight for Jones against the reinvigorated Thiago Santos (21-6) at lightweight.

Santos who spent most of his fighting career at middleweight, moved to lightweight in 2018 and has destroyed his past three opponents there, Eryk Anders, Jimi Manuwa and most recently Jan Blachowicz.

Jones once again opens as a huge favorite over Santos, no doubt most of the smaller bets will be going on Santos to cause an upset at UFC 239.

The co-main event at UFC 239 will be headlined by dual-division champion Amanda Nunes (17-4), who will defend her bantamweight title against Holly Holm (12-4). Nunes has defended her belt three times at bantamweight, before moving up to featherweight to shock the world and defeat Cris ‘Cyborg’ at UFC 232. Holly Holm is a former bantamweight champion, who ended Ronda Rousey’s 12-win undefeated streak back in 2015, will she cause another major upset at UFC 239?