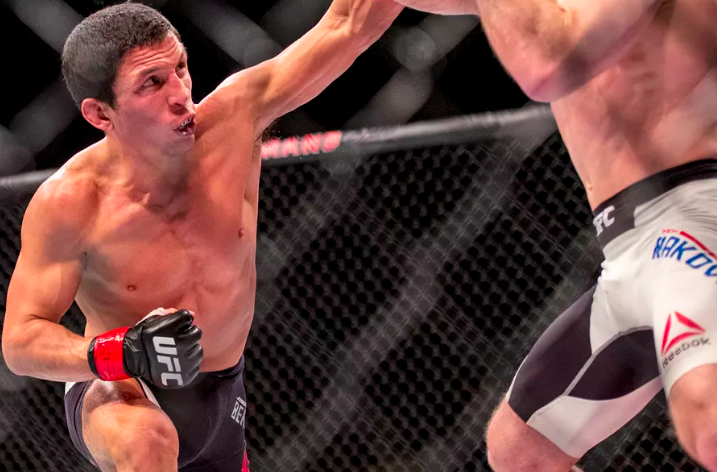 A number one title contender match is scheduled for UFC on ESPN 3, which will go down in Minneapolis on June 29. Joseph Benavidez, the #2 ranked flyweight who has been in the UFC since 2011 will take on #1 contender Jussier Formiga.

Benavidez (27-5), is coming-off a decision win over Dustin Ortiz at UFC Fight Night 143. Benavidez also holds a win over current flyweight champion Henry Cejudo, given that Cejudo has improved since their 2016 bout – it will still be an interesting rematch if Benavidez can get past Formiga first.

Benavidez is a former two-time title challenger, he finished his Brazilian foe Formiga with a first-round TKO in their initial scrap in 2013.

Formiga (23-5), is currently on a four-win fight streak inside the Octagon. He handed Deiveson Figueiredo is first loss in there last bout, prior to that he picked up wins over Sergio Pettis and Ben Nguyen.

Formiga opens as a +145 underdog, in terms of implied probability the oddsmakers are giving him on average a 40% chance of beating Benavidez in this rematch. As an underdog we like Formiga’s odds here to cause an upset at UFC Minneapolis.

UFC on ESPN 3 will be headlined by Francis Ngannou vs. Junior dos Santos, with odds on that fight here.