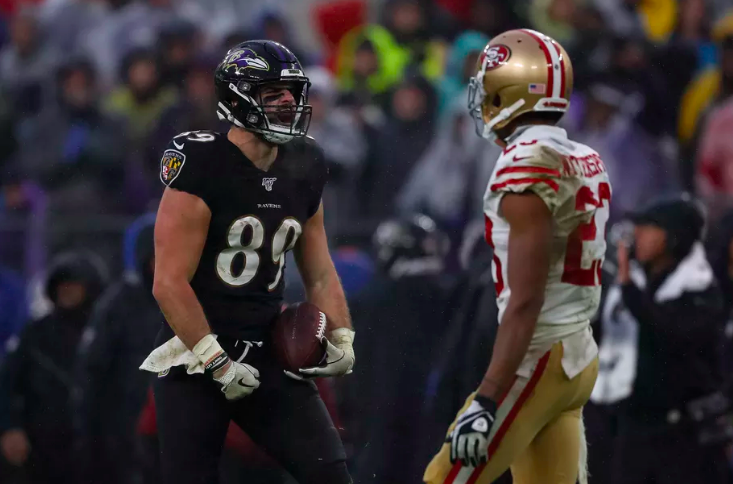 Only a few more weeks, everyone. The playoffs are so very close. If you’re an Eagles or Cowboys fan, though, you’re probably at the point where you just want it all to be over.

Well, fear not, we’re not going to discuss either of these teams here. This is actually stock update for some of the NFL’s legitimate contenders. Luckily, neither of those two teams meet the minimum success requirement to be mentioned.

If you’re looking to adopt a playoff team, though, you’re in the right place. Nothing creates temporary fandom more than a futures bet and my purpose tonight is to help you find the right team.

I’ll keep this piece simple for now with the three front-runners. Maybe, in the coming weeks, I’ll give you some of my favorite Super Bowl sleeper values.

With some of these price tags, though, you might be better off rolling with one of the favorites. The Ravens for +240, oddly enough, looks like a nice value given the tear they’ve been on this season.

Let’s get it started with them.

For the first time all season, a team other than New England is favored to win the Super Bowl. I guess once a team like the Baltimore Ravens downs 10-win San Francisco squad, oddsmakers have to take notice. The leap here, though, can be attributed to much more than one signature win over one of the NFC’s best teams. From top to bottom, you’d be hard-pressed to find a roster as complete as Baltimore’s. The defense is ranked ninth in yards per game, while holding teams to the 13th-fewest yards passing and sixth-least rushing yards. Additionally, teams are only scoring an average of 18.2 points per game against them – only four NFL teams allow a more modest total. The Ravens’ opponents this season combine for a .510 combined winning percentage, so it’s not as if their season is a byproduct of lesser competition.

I don’t think I really need to go into too much depth about the offense. Lamar Jackson’s made his team’s approach virtually unstoppable. His 977 rushing yards are the ninth-most among all ball-carriers and anchors Baltimore’s top-ranked run game. For reference, the team is averaging 207.8 rushing yards per game, which is 59.8 more than second-best San Francisco. Jackson makes the difference, the fact that he’s helped create such a disparity, though, is unheard of. The ground game opens up passing lanes for Jackson, which is why he also ranks second in the NFL with 25 passing touchdowns. His “Nobody Cares, Work Harder,” mantra has propelled this team to a potential first seed in the AFC playoffs. If the conference ends up going through Baltimore, watch out.

Has there ever been a 10-win team subject to more scrutiny than the New England Patriots? I’m leaning toward no. The score wasn’t indicative of how one-sided that game in Houston was on Sunday night. Tom Brady finally looked like he might actually be a 42-year-old quarterback devoid of a game-changing pass-catcher for the first time in what very well might be his entire career. He said it best with his sideline rant, but his receivers struggled to find separation and take advantage of Houston’s up-and-down defense. In turn, it led to a game in which the Patriots didn’t score until the third quarter and two of Brady’s three touchdown passes came with his team all but out of the game. This is arguably Brady’s youngest, most inexperienced group of signal callers to-date. Spare Mohammed Sanu and Julian Edleman, three other receivers – Phillip Dorsett, Jakobi Meyers and N’Keal Harry – saw a combined 145 snaps. Myers and Harry are both rookies, while Dorsett has made just eight career starts for the Pats. Point being, the receivers dominating the snaps for Belichick and Co. are still battling with the burden of inexperience.

It feels like every time speculation starts to swirl regarding whether or not Brady and Bill Belichick’s extended reign over the NFL might really be wrapping up, though, the two come out with a vengeance and run to another title. I keep coming back to that game in 2014 against the Kansas City Chiefs. New England was steamrolled by the Chiefs and sports media found itself in very similar state as its to start the week. I get it, that game was in September, Brady still had Gronk, and eventually the doubters are all going to be right. That doesn’t change the fact that this team still found a way to win its fourth Super Bowl that very same year.

That’s a long way of saying you can’t count the Patriots out, obviously. The defense might’ve been exposed against the Texans after playing just its third road game against a team with a winning record, sure, but you have to almost isolate every sample this team provides. If the receivers start to hold their end of the bargain, in time for the playoffs, the Brady’s washed talk might be put on the backburner for another season. Lean more on history than the stats in this case. The Patriots are still 10-2 and things change on a weekly basis in New England.

Those first two teams have dominated the headlines as of late, but maybe we should start discussing the New Orleans Saints. What this team has done, with two starting quarterbacks, is nothing short of impressive. Seattle’s win over Minnesota on Monday night pushed the 10-2 Saints into sole ownership of the NFC’s No. 1 seed. The division is already wrapped up and following their home tilt with the San Francisco 49ers, New Orleans hosts Indianapolis before finishing up the regular season on the road against the Titans and Panthers. In other words, if the Saints take care of business at home against a tough 49ers team, their final three games, should all be winnable. The Superdome is New Orleans’ biggest asset in this case. Their only loss was essentially a blip on the radar against the Falcons in Week 10, but other than that, the team is 5-1 at home this season and 78-38 since Drew Brees and Sean Payton joined forces back in 2006. Over the past two seasons, New Orleans is 2-1 in playoff games at home and would probably be 3-0 if a certain pass interference penalty might’ve actually been called.

In any case, the Saints rank 10th in total defense, allow the 12th-fewest points per game and slot in at a respectable 13th in total offense. They’re well-rounded, with the experience, and motivation, to boot. They’re not talked about as much, but it might be better off that way.