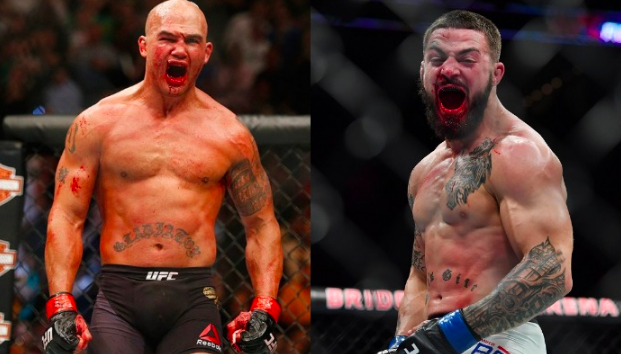 A brawl for the ages has been confirmed for UFC 255, with Mike Perry taking on Robbie Lawler. We cover the latest betting odds for Lawler vs Perry below.

According to the oddsmakers Robbie Lawler is a +105 underdog to Mike Perry. That would give Lawler a 48% implied win probability over Perry. You can bet $100 on Robbie Lawler to win $105 at UFC 255.

For Mike Perry as a betting favorite, you can bet $143 to win $100. This close betting line seems fair, given the wild fight style of both fighters.

This some great match-making by the UFC here. Perry has been calling for a fight against Robbie Lawler since interviews in 2019. Perry has the ability to put on some fan friendly fights, but is limited to getting past the top-five in his division. He still poses a real threat with his power and durability inside the octagon.

Mike Perry has had some questionable people in his corner since his UFC debut. From his ex-wife to new girlfriend, who said partners can’t work together. Now Perry wants fans to offer a cash donation, to corner his next fight.

For Robbie Lawler this is certainly another step down in competition. However, it is in the right direction for the declining former champ. Lawler lost decisively to Neil Magny in his last outing, one which many thought he could pick up an overdue win.

The former champ may be on a four-fight loosing streak, but has the championship experience and Perry could be a perfect match-up for a rock em’ sock em’ clash.