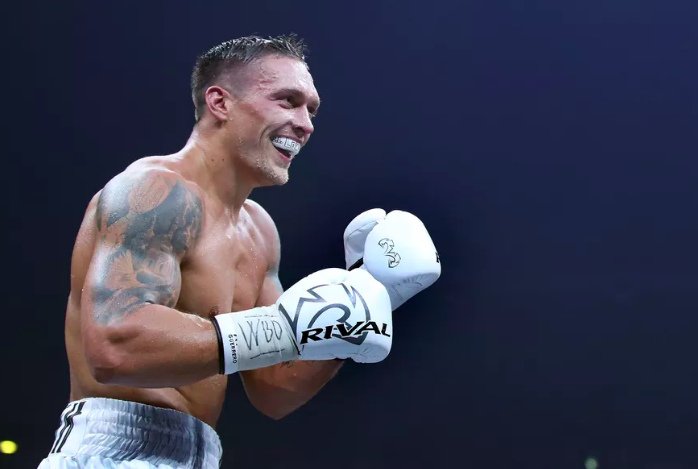 A huge weekend of boxing lyes ahead with all the betting odds for these bouts available at select bookies listed here.

Stateside sees the big heavyweight debut of Oleksandr Usyk as he takes on, late replacement Chazz Witherspoon. Original opponent Tyrone Spong was ruled out after a failed VADA test, which he disputes, so in came the questionable American.

In reality neither looked like providing the sternest of tests for the former undisputed cruiserweight champion and the odds reflect that; Usyk a 1/100 favourite with some oddsmakers. The biggest surprise would be if it goes the distance and an Usyk decision is priced at 5/1 whilst an Usyk stoppage is 1/9.

In the main event Leeds featherweight Josh Warrington is slated to defend his IBF world title against Sofiane Takoucht. His French opponent, a southpaw, will look to replicate the success found by Kid Galahad when in that stance (though Galahad was much more of a switcher). Should he stifle the defending champion it’ll be a hearty upset (20/1) but there is surprising value to Warrington markets – 8/13 to win via KO, TKO or DQ and 13/8 to win via decision.

The rest of this weekend’s boxing weekend kicks off on Friday night with yet another MTK show in Belfast; where a real renaissance has taken place over the last 12 months. Headlining the show is the flyweight contest between Jay Harris and Paddy Barnes. Harris enters the bout as the European and Commonwealth champion whilst Barnes is a WBC world title challenger. Due to technicalities it’s just the IBF Intercontinental title on the line but the fight is well worth watching anyway.

Harris enters the contest as a considerable favourite (1/5) with his most recent success against Angel Moreno consolidating his position in the division. Barnes, meanwhile, toyed with the idea of moving up in weight but reconsidered after an ill-fated American adventure. The Irishman carries a vast amount of amateur pedigree with two Olympic bronze medals so this contest is likely to be closer than the odds suggest.

The same night in Italy sees a relatively brief card promoted by Matchroom and ‘Opi since 82’ headlined by Florence’s Fabio Turchi. The unbeaten cruiserweight seems to have been around for longer than his four years as a professional and is kicking on under renewed backing. Thus far he’s beaten Tony Conquest and Sami Enbom in DAZN title fights, both via convincing knockout; his latest opponent is Belfast’s Tommy McCarthy.

McCarthy has only been beaten twice – against Richard Riakporhe and Matty Askin – and is coming of the back of two routine stoppage victories. Turchi appears to have a little too much class but it should be an entertaining contest and McCarthy certainly has the ability to produce an upset (11/4).

Fabio Turchi to stop his challenger is ever shortening but can be found at 10/11.

Frank Warren’s show in Leeds provides the opportunity to bet on four title fights. With a fair few of the fighters, though, they’ve still yet to be tested at this sort of level so how they’ll react is a bit up in the air.

Troy Williamson begins as favourite (1/4) for his contest against, former English champion, Nav Mansouri (17/4). Williamson is a reasonable bet for the victory with the ‘Trojan’ seemingly held back up until now but with a vast enough experience under his belt. The 28 year old was a distinguished amateur and has marauded his way to 11-0, eight stoppages, with impressive wins over notably durable fighters.

1/4 is a good bet for Williamson to win, though perhaps not that exciting, but if you fancy him to stop Mansouri then it’s 4/7.

Commonwealth super featherweight champion Zelfa Barrett will look to defend his title against Jordan McCorry. McCorry has become a decent yardstick for domestic contenders having fought Sam Bowen and Archie Sharp this year but he’ll be hoping to upset the apple-cart this time around (12/1). Barrett has looked slick and sharp from distance throughout his career with a real appreciation for the technical side of the game. McCorry, meanwhile, is a bit more rough and rugged so we could see a real contrast in styles.

Hard hitting Lyndon Arthur fights, unheralded, Emmanuel Anim with the vacant Commonwealth title at stake. The light heavyweight is deserving of his first title shot and promises explosive fighting with an array of impressive stoppages to his name.

As always bet responsibly and within your means but, other than that, enjoy the boxing.