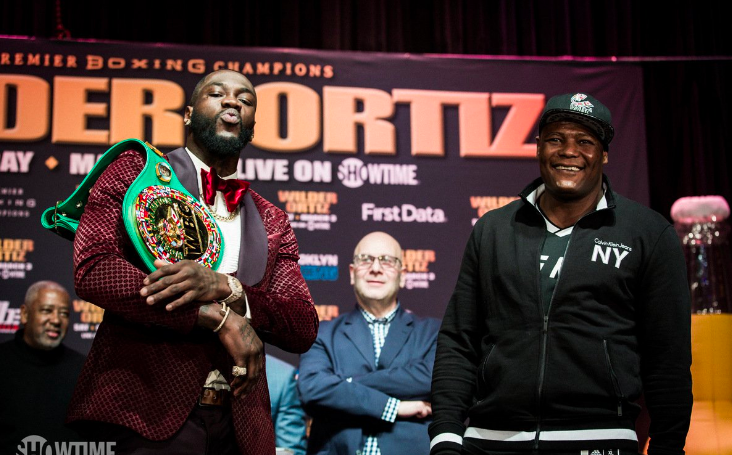 Deontay “The Bronze Bomber” Wilder defends his WBC heavyweight title in a rematch against Luis “King Kong” Ortiz in Las Vegas on Saturday, November 23. We preview the betting odds as the contest draws and see where the value lyes in this highly anticipated rematch.

Wilder won the first battle in March 2018 and is a -900 favorite in the second bout with Ortiz coming back at +450. In the opening odds for Wilder vs Ortiz 2 we seen Ortiz at 4/1, now those odds have fluctuated even more in favour of Wilder.

Since Wilder is such a huge favourite a $100 bet would make just $11 in profit, so in another words bet big or go home! Either way, do it responsibly. For Ortiz he enters the bout as a sizeable underdog at +450, a $100 bet could net you $450 and would send seismic shocks through the boxing world.

Betting Insider Journal has all the most recommended boxing sites for betting listed here ahead of Wilder vs Ortiz 2.

According to this recent interview with Luis Ortiz by DAZN, Ortiz isn’t happy with the WBC heavyweight champion and how he conducts himself in the ring.

“I don’t necessarily see anything that could have been done differently on my part,” Ortiz said through an interpreter on a recent conference call. “I think that some of the things that Wilder did, and the antics that Wilder does could be dealt with differently this time around, the illegal things. Blows that he throws with the inside of his fists, punching down from the top of the head down and all kinds of craziness that he does, which makes it very difficult to get settled in any fight and quite frankly should be illegal and borderline criminal.”

Wilder said about Ortiz: “He’s one of the best in the world. Nobody has given Ortiz an opportunity, even after I defeated him.

“This might be his last hurrah, at 40 years old. You all know that when you fight Deontay Wilder, I take something from you.

“This is what it’s all about – the heavyweight division, the big boys, the heavy hitters – where one hit can end everything, no matter how hard a person has worked. No matter how many weeks, how many months. One blow can end it all, and we already know I am the hardest hitter in boxing history.”

Wilder is now emerging as the most powerful of all the current heavyweight boxers. While he drew with Tyson Fury, “The Gypsy King” may have wandering eyes for the WWE and now talks of a MMA fight are emerging. Wilder is focused on the prize and with a second win over Luis Ortiz he can secure a rematch with Tyson Fury as that’s the real fight we want to see again.

Expect Wilder stop Ortiz sooner than the 10th round this time round. Once the odds are released of Wilder Ortiz for round betting, we suggest pick between rounds 8 and 10 to see if that outcome is worth the odds!

0 comments on “Wilder vs Ortiz 2 Betting Preview, Odds and Prediction”