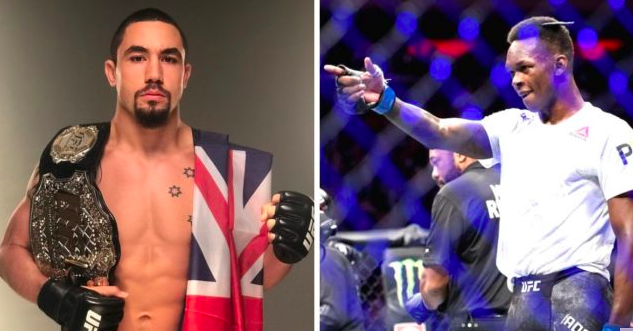 SportsBetting.ag has also set the line for the middleweight title unification bout between Whittaker – Adesanya set for September in Auckland.

The betting line at (+135) for the undefeated Adesanya, means he has a 42.6% chance of beating the champ Whittaker. Adesanya has fought six times since February 2018, which makes him one of the most active exciting fighters the UFC has seen in quite some time.

“The kid’s got ‘it,’” White said at the time. “Not only is he talented in the octagon, he’s talented outside of it too. His interviews are exciting, he’s an interesting guy, he’s fun to watch. I think he’s got a really bright future.”

Whittaker (20-4) is the betting favorite, he will be returning from a long lay-off, with his last fight being June 2018 at UFC 225. Many will be betting against the Australian champ due to is inactivity and previous wars with Yoel Romero.

Dana White confirmed he is looking to book Adesyana vs. Whittaker in Australian instead of Vegas this September.