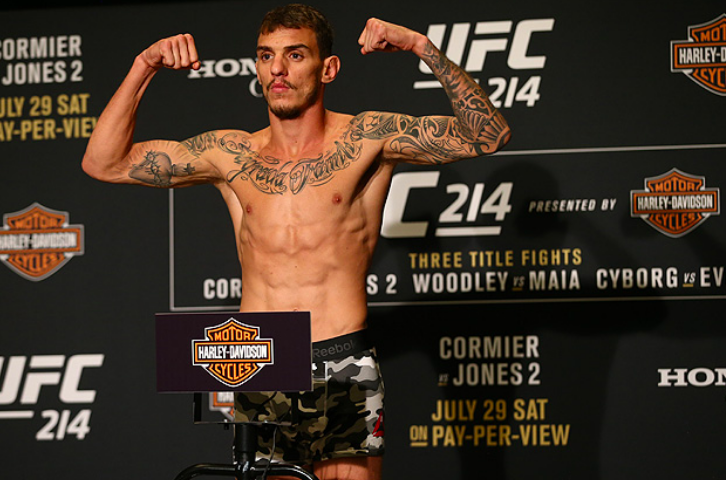 Two featherweights will headline the Bon Secours Wellness Arena at UFC Greenville. Where Renato “Moicano” Carneiro will take on Chan Sung Jung aka “The Korean Zombie” on June 22nd.

Moicano (13-2-1), is the #4 ranked featherweight with his only two UFC losses coming at the hands of top contenders – Brian Ortega and Jose Aldo. He is looking for win to get back into title contention after a TKO loss to legend Jose Aldo in February.

Jung (14-5), is ranking #12 in the featherweight rankings, his last fight to Yair Rodriguez was a a fight of the year contender. The UFC veteran always brings it but has remainder rather inactive in recent years due to military duty and injuries, with notable wins over Denis Bermudez in 2017 and Dustin Poirier back in 2012.

Also on the card, Andrea Lee will take on Montana De La Rosa in a women’s flyweight clash and Bryan Barberena meets Randy Brown at welterweight.