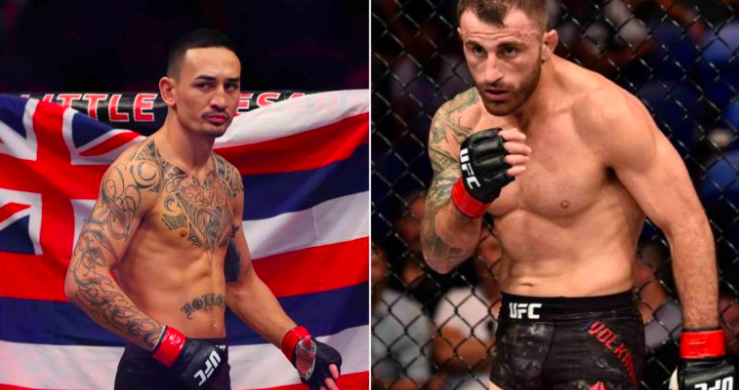 UFC featherweight champion Max Holloway is set to make his return to the Octagon this December at UFC 245, which will be held at at T-Mobile Arena in Las Vegas, Nevada.

The challenger for the title is Australia’s Alexander Volkanovski, who has been unstoppable since joining the UFC back in 2016. We preview the opening betting odds for Holloway vs Volkanovski with our analysis below.

According to our top betting sites Max Holloway opens as the betting favourite but not by a huge margin. Bet $210 on the Hawaiian champion to make $100 in profit.

Although we seen Holloway ease past Frankie Edgar, Volkanovski possess a different and more dangerous threat. Wager $100 on Alex “The Great” to make $180 in profit.

Volkanovski is a former Australian rugby player and is 7-0 in his UFC career, coming off a victory over former featherweight champion Jose Aldo back in May. This should be an incredible title fight between two elite featherweight fighters in their prime, stay tuned to Betting Insider Journal for more UFC 245 news as it breaks.

Leave your comments below: Who do you think walks with the featherweight strap at UFC 245, Max Holloway or Alexander Volkanovski?