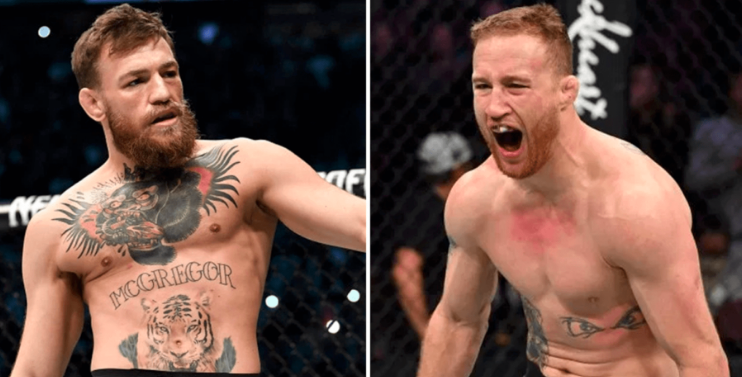 A blockbuster summer showdown between two top lightweight fighters Conor McGregor and Justin Gaethje is on the horizon. We preview the opening odds for McGregor vs Gaethje with some early predictons.

‘The Notorious’ Conor McGregor opens as a slight betting favorite over Justin Gaethje. With a winning probability of 53.4% McGregor holds a small advantage over Gaethje.

Bet $115 on McGregor to defeat Gaethje to win $100. For Justin Gaethje who is on a three-win KO streak, you can bet $100 to win $110. Expect this betting line to more drastically in favor over the coming months.

Historically Conor McGregor has performed incredibly well against aggressive strikers. Justin Gaethje has pure knockout power but leaves himself open to be hit. Expect a counter-striking masterclass from McGregor, that could be reminiscent of his classy win over Eddie Alvarez back at UFC 205.

The UFC’s first event of 2020 was headlined by Conor McGregor. The Irishman blasted through Donald Cerrone in just 40 seconds.

According to BloodElbow.com “It’s unclear exactly when the fight could go down, though their annual July card with the fan expo seems like the most logical place for it. Again, this isn’t a confirmed plan right now – in fact, it’s more of a rumor at this point – but it would be a very good fight for the fans.”