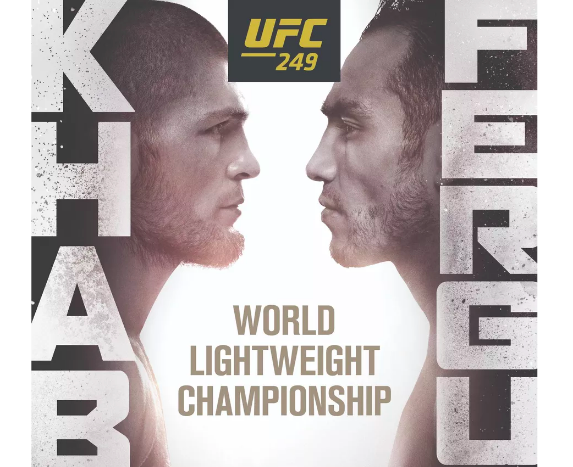 One of the biggest lightweight bouts in recent UFC history is upon us. Just about everyone is praying to the MMA gods that Khabib & Ferguson turn up healthy to Octagon, given the history of this bout being made.

We preview the opening odds for UFC 249 with round betting and method of victory for Khabib vs Ferguson below.

Round Betting Odds for Khabib vs Ferguson

Tony Ferguson is a Finisher

In his past six UFC bouts Tony Ferguson has accumulated five finishes. All of which happen in the 2nd or 3rd round. Given this is a five-round fight and Khabib’s durability it might be smart to sprinkle some money on the 3rd round onwards.

“We’ve been preparing for Khabib for a long time,” Bravo said on the Joe Rogan podcast.

“He’s probably the best ground-and-pounder wrestler ever. This is the toughest challenge ever in MMA for 10th Planet (Bravo’s jiu-jitsu school).”

Method of Victory Odds for Khabib vs Ferguson

Khabib won his last two bouts by submission, the former decision king has now being able to crush his opponents before the final bell. Tony Ferguson has only lost once in his MMA career by submission and has never been finished on the feet.

1 comment on “Khabib vs Ferguson Odds: The Best Round Betting & Method of Victory Options”