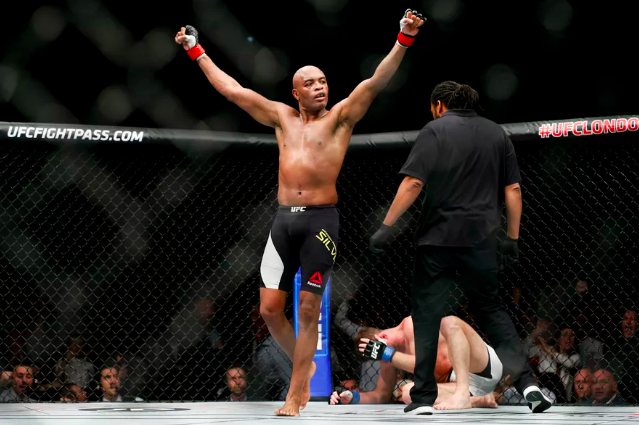 A Halloween treat is in store for UFC fans this year with Anderson Silva returning to action to face Uriah Hall. The two middleweights are expected to headline UFC’s event on October 31. With that, the UFC odds for Silva vs Hall are covered below.

According to the oddsmakers Anderson Silva’s odds are favored to pick-up a win this late in his career against Uriah Hall. You can bet $140 on Silva to net $100. For Uriah Hall as an underdog, it means you can bet $100 to win $110.

The Match To Make

At this stage of his MMA career fun fights only make sense for The Spider. Hands down the greatest middleweight champion to brace the Octagon.

With only two fights left on his current UFC contract, this could be the last time we’ll see Silva. The UFC seem to have no problem with booking him, even though he’s currently amassing a 1-6 record with one no contest in his past eight fights.

For Hall this will be a notch on his belt and a chance to show his striking skills against a UFC legend. Hall is currently on a two fight win streak, and is ranked #9 in the UFC middleweight rankings. Expect Hall to rise to the occasion, in comparison to past fights where he seemed to of checked out mentally.

With that neither fighter has much to lose here. Silva’s legacy is already in tack, but another loss or two doesn’t look good. For Hall there is sill lot’s of potential and a future fight with Israel Adesanya would be immense to see.

It’s been quite a rollercoaster ride in 2020 for Uriah Hall, after a number of fights have been cancelled.

Initially he missed out on competing at UFC 249 when Ronaldo “Jacare” Souza tested positive for COVID-19. Then a scheduled bout against Yoel Romero on Aug. 22 was also scrapped after the former title contender was forced out of their fight due to undisclosed reasons.

Finally, on Halloween night of all nights, Hall will get to fight. Stay tuned to Betting Insider Journal for the latest MMA news, odds and fight updates.