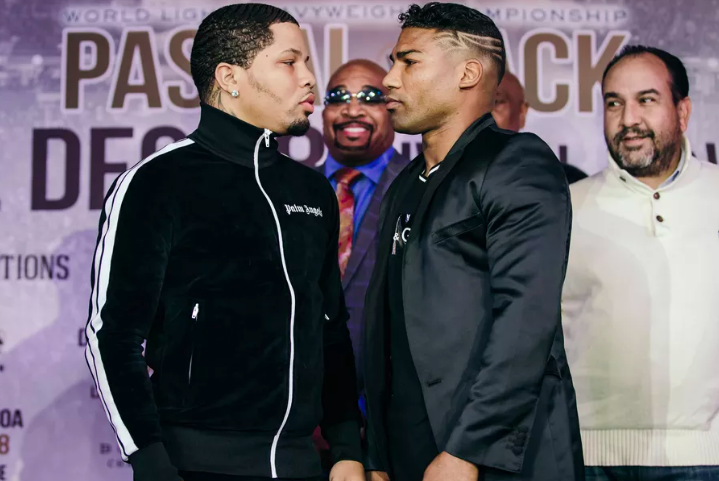 On December 28 at State Farm Arena, Atlanta, Georgia, Gervonta Davis will step into the ring to face Cuban boxer Yuriorkis Gamboa. We preview the latest betting odds for Davis vs Gamboa and give our fight prediction for this upcoming bout below.

Gervonta Davis opens as the betting favorite as per our recommended sportsbooks, bet $1200 to make $100 profit. It’s better to see what the boxing props are closer to the fight if you want to wager on Davis. Gamboa as the underdog means a $100 bet would bet $600 profit.

This could easily be Davis’s toughest tests to date. In the majority of his fights Gamboa usually get’s off to a hot start. His key strengths are his superior foot speed and hand speed.

“This fight is a dangerous fight because Gamboa is still very crafty. He has a tremendous amount of experience and Tank has to be mindful of that going into the fight” Leonard Ellerbe told BoxingScene.com.

Age Will Play a Factor

With an age gap of 12 years between Davis and Gamboa, this is a statistic that cannot be ignored. Davis is yet to his his prime and Gamboa may certainly be past his. This is a fight that Gamboa has wanted for some time, but perhaps he picked the wrong time as Davis’s boxing technique has vastly improved since his early days.

Davis has KO/TKO’d his last 13 opponents and the last time he went to the judges score cards was in 2014 as that was a six round fight. Gamboa is a solid boxer and has only two losses on his record, one of those from Terrance Crawford back in 2014.

“I want to keep getting better and better inside that squared circle,” said the 25-year-old Davis. “I hope Gamboa brings the best out of me so that people can see that I’m not just a power puncher. I have a lot of boxing skills.”

We can see Gamboa stretching this fight into the later rounds for Davis, but ultimately losing before it goes into the judges hands.

For Gervonta Davis’s next fight he will take on the undefeated Mario Barrios. The latest odds and predictions for Davis vs Barrios are live!