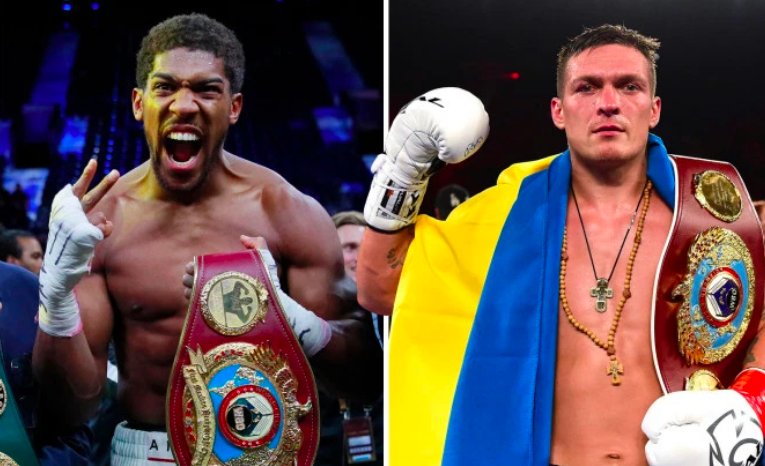 After only days of retaining his heavyweight titles back, Anthony Joshua has been given a mandatory challenger. Oleksandr Usyk has been named as Joshua’s next opponent – the champ has 180 days to fight or will be stripped of his title. We preview the opening boxing odds for Joshua vs Usyk and give our early analysis on this potential fight.

According to the opening oddsmakers listed here – Anthony Joshua opens as the betting favourite, at 2/1 (-200), bet $200 on the champ to retain and make $100 profit. For Oleksandr Usyk as an underdog there is serious value. Bet $100 on The undefeated challenger to net $160.

Official statement from the WBO: “The WBO World Championship Committee hereby orders the parties herein commencement of negotiations for the above-mentioned WBO heavyweight mandatory championship contest,” the WBO wrote in the letter, a copy of which was obtained by ESPN. “Please be advised that the parties have 30 days upon receipt of this letter to reach an agreement. If an accord is not reached within the time frame set forth herein, a purse bid will be ordered pursuant with the WBO regulations of world championship contests.”

Oleksandr Usyk plans to fight Joshua, Fury and Wilder within the next 12 months. That’s a tall task for a boxer with only one recent pro-fight at heavyweight. Skill wise Usyk is right up there among the best, he became the first cruiserweight in history to hold all four major world championships – the WBA (Super), WBC, IBF and WBO titles.

Usyk could certainly beat AJ on the right night. He has all the tools with a tested chin and well-rounded boxing style. How his power and size will translate at heavyweight is yet to be fully known. We exect Joshua vs Usyk be a highly competitive bout that will be essential for boxing fans to see.

Joshua’s Evolution of The Jab

We seen Joshua adopt a jab style approach against Ruiz in the rematch, a style that former foe Wladimir Klitschko would be proud of. The evolution of the jab can be seen below. These statistics give us an insight into how heavyweights utilize the jab more as their career progresses. We can see Joshua implement this game plan even more in the future.

Joshua can win here if he comes into the Usyk fight lean, just like he did against Ruiz. That means the oddmakers have it right – as a 2/1 favourite. In terms of promotion both Usyk and Joshua are promoted by Eddie Hearn, which will make for an interesting build up to the fight.