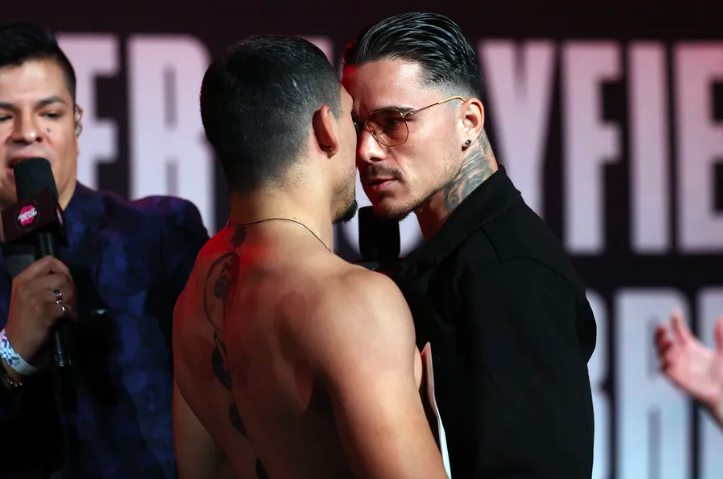 Teofimo Lopez and George Kambosos will put their undefeated records on the line, this June 19 in Miami, Florida. The stakes are high for this bout as it’s for the WBA (Super), IBF, WBO, and The Ring lightweight titles. This fight will be live on Triller PPV and Lopez has remained the firm betting favorite since opening odds were released. Below we break down the betting value on Kambosos as an underdog and Lopez’s pound-for-pound status.

The oddsmakers are red hot on Lopez in this fight. His ring IQ is up there with the rest of the pound for pound boxers right now. That combined with “The Takeovers” speed and power make for a tough customer to break down.

On the other side, you have George Kambosos who is also undefeated and has lots trending in his favor right now. He’s a proven fighter that has fought some top-caliber opponents. On top of that, his hand speed might even be quicker than Lopez and he matches that with an incredible gas tank. It’s tough to so who’s got the better gas tank, but over twelve rounds, I might give the edge to the Australian boxer.

One major factor that will make the difference in this fight is Teo’s footwork and head movement. In the fight against Richard Comey, we saw both fighters meet in the middle and Teo managed to take his head off the front line and throw an excellent overhand right. In my opinion, what he did to Comey can be implemented against Kambosos.

Kambosos can take a solid shot, but can he take multiple shots from Lopez? We’ve seen him throw shots from vulnerable positions against Lee Shelby and this is exactly the gap in defense that Lopez will target – by hitting the body enough to set up the head.

“I think in the early rounds, it’s going to be a really good test, but in the end with the experience of Teofimo, he’s going to take advantage of that,” said trainer Eddy Reynoso to Little Giant Boxing in predicting a win for Lopez over Kambosos.

“Ferocious” will have to utilize his blistering speed and put the pressure on Lopez from out the gate. I expect Lopez to be anticipating and to be on his a-game once again. Given Kambosos’ durability, this fight could go the distance, however, I’m expecting a mid-late stoppage with “The Takeaway” getting his hand raised.

Need help find an online sportsbook that’s right for you? Check out this list of sites here prior to betting on Lopez vs Kambosos.

As far as underdogs go in boxing Kambosos is a worthy challenger. Much lesser known than Lopez’s last P4P opponent Vasyl Lomachenko. Yet at +670, you can wager $100 on the Auzzie to net $670 profit. The betting props are yet to be released for Lopez vs Kambosos, but it will be interesting to see the value there.

Personally, I like Lopez by KO/TKO, as his current odds to win are inflated by the bookies. At -1200, you would have to put down $1200 to win $100. A risk-reward that’s just not worth it, I’m expecting Lopez to win by KO/TKO to be listed at around +150 – a much more enticing betting opportunity.

For more tales from the archives, check out our underdog stories section. That features some of boxings biggest underdogs that upset the odds.

One of the most famous partnerships in recent boxing history was Kambosos and Manny Pacquiao. It was a mutually beneficial partnership with PacMan getting some insights ahead of the Jeff Horn and likewise, it benefited Kambosos prior to the Mickey Bey fight.

“I felt that I had done the 250 rounds [sparring]. Manny, he’s an incredible man, he’s a legend of the sport and I love the guy. I’ve done so much work with him [but] three camps is enough.

Kambosos will be looking to channel any tips he learned from Manny in the fight against Lopez on June 19th. Head over to our boxing section, for the latest boxing odds, news and more.